February started off with me enrolling at CIT [1], which turned out to be a slightly more frustrating experience than expected. The next day I stumbled across some underground cabling work [2], which would be the start of a long series of posts about it. 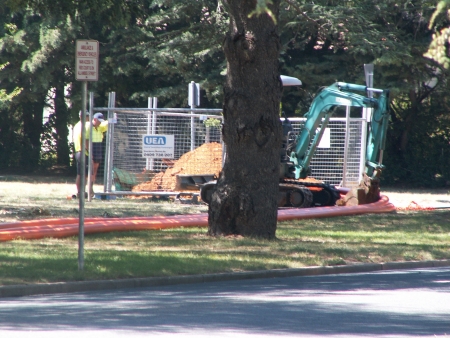 I had a dream involving vicious cats [3]

I explained my reasons for leaving a website called The RiotACT [4], and continued documenting [5] the underground cabling work. 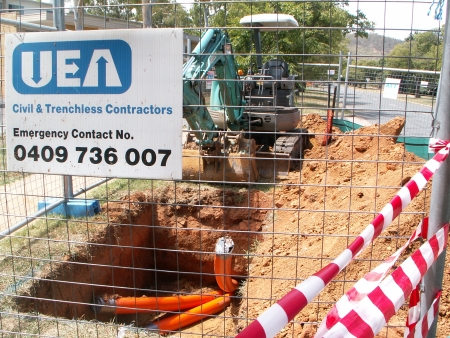 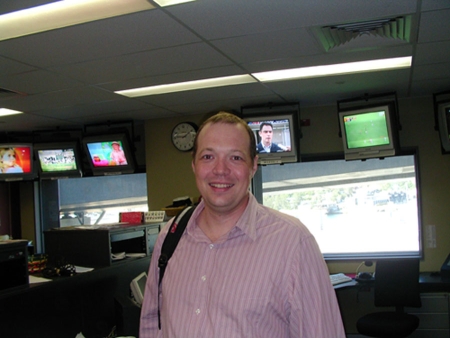 I then announced my schedule [8] for my first day at CIT, which doubled as the day of 2CC’s outside broadcast from the grand opening of the new Bunnings store in Belconnen.

Nattie enjoyed a bone [9] (she does it quite often, but it is hard to photograph). 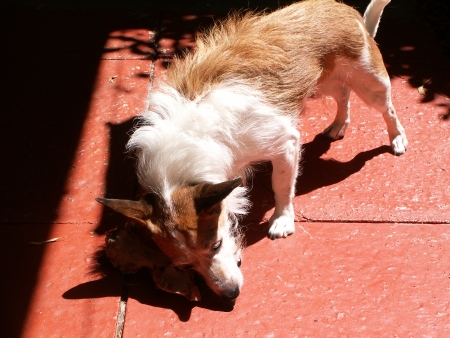 The underground cabling continued [10], and I got a video of a horizontal directional drilling machine in action.

I had a dream about a lion, a professor and John Howard [11].

Then it was CIT/2CC/Bunnings day, it started off with my trip to CIT for my first class [12], had a cafe review in the middle [13], and concluded with my trip to Bunnings Belconnen [14], where 2CC were holding an outside broadcast as part of Bunnings’ grand opening celebrations. 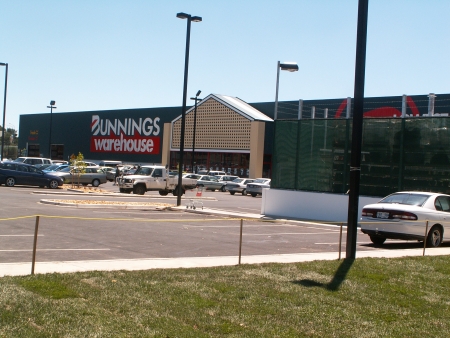 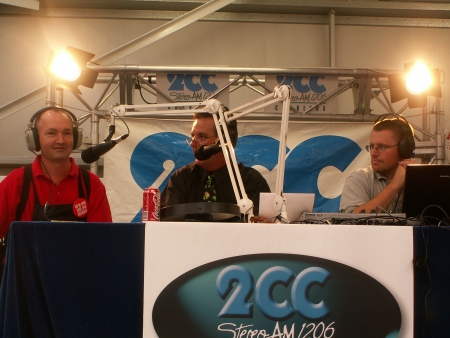 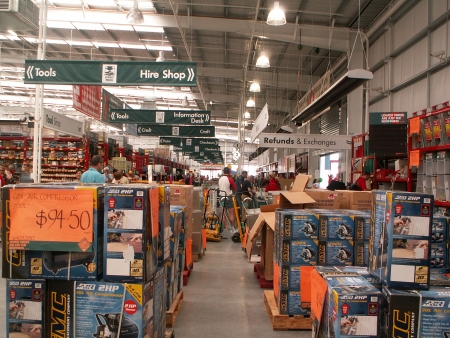 I made my views on the “Bali Nine” issue [15] perfectly clear.

The website was temporarily plagued with popups from a third party service provider [16].

John Kerr celebrated his 64th birthday [18], whilst network stations suffered satellite induced problems [19], I rang John to wish him a happy birthday [20] and had a special Musicians Of The Week award [21] in his honour.

Bigpond blocked Gmail temporarily [23]. This was acaused by their use of seriously flawed spam filtering techniques [24].

I noticed that standards had dropped at Campbell High School [25] since my time their.

I had an interesting conversation with a correspondent [26].

Internet Explorer’s insistence on not following standards caused me all sorts of headaches in getting rid of those popups [27].

The select group of Summernats enthusiasts who insisted on ridiculing my opinion of Summernats had a few mildy legible words to say [28].

I proposed some changes for the better [29] in the laws behind drivers licences.

I thought about the possibility of 2CC launching some podcasts [30].

I discovered the reason for the underground cabling [31].

And a bus fare scammer proved beyond all reasonable doubt that he is a scammer [32].

That’s February, March is up tomorrow morning, and then we will have the 1st birthday of Samuel’s Blog!