It’s that time of year again where 2UE announce a bunch of changes to their presenter lineup. This year it involves the other east coast Fairfax stations in a bit of a shuffle.

The big change at 2UE is that Clive Robertson, the standout weekday ratings performer for the station (I shudder to think how low 2UE’s full-day ratings figures would be without Clive), is out. He is being replaced by Walter Williams whose show will be networked out of 4BC Brisbane. This show will be extended by an hour to run 7pm – Midnight instead of Clive’s timeslot of 8pm-Midnight. Fairfax Radio is saying Clive “decided not to return”, although the impression I’m getting from a few sources is that this is not entirely accurate. I wouldn’t expect to hear anything contradictory to it publicly though, given the contractual obligations on Fairfax and Clive.
This almost certainly means we will hear less of Mike Jeffreys who has been regularly filling-in for Clive.

As part of the Walter Williams move, 2UE’s Sports Today show with John Gibbs will be reduced to one hour, running from 6pm-7pm. Co-Host Greg “Brandy” Alexander left the show at the end of last year to focus on his Fox Sports duties.

2UE and 4BC will continue to run Luke Bona’s overnight show, however in a very unexpected move, 3AW will also take this show, replacing Andrew McLaren (no relation to 2GB’s weekend overnight host Michael McLaren) and Mark Petkovic who were apparently made aware of the decision yesterday. This is a peculiar move for Fairfax Radio in that Andrew and Mark work well in the Melbourne market but when Fairfax tried to network their show in to Sydney, Brisbane and regional markets in recent years it caused a massive listener backlash outside of Melbourne. Sydney presenters also rarely go down well with the Melbourne audience, so if this goes as well as the last overnight networking attempt, Andrew and Mark could be back after a couple months of holidays.

Even more odd for the overnights is that weekend overnights will be networked out of 3AW Melbourne (presumably presented by existing 3AW weekend overnight host Alan Pearsall, unless Andrew and Mark are moved to weekends). Back when the 3AW weekday overnight show was networked, weekends remained separate so that the 3AW show could focus on AFL and the 2UE/4BC show could focus on NRL. It will be interesting to see how 3AW’s show handles NRL discussion. This change also means that 2UE & 4BC’s weekend overnight host John Cadogan is out. He will fill-in for Tim Webster on weekend afternoons this weekend and then will be relegated to the subs bench, awaiting a fill-in job.

Update 6:36pm: A strange thing pops up when one does a Google Image search for “Alan Pearsall Radio” 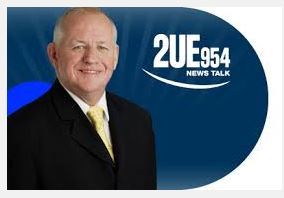 To the best of my knowledge, Alan Pearsall has only ever hosted a show on 2UE briefly. This was when Tim Shaw in Sydney went on holidays while the Melbourne weekday overnight show was being networked in 2012, and so Alan’s 3AW show was extended to 2UE for two weekends. I’d be surprised if that was a long enough period of time for that image to have been produced, which makes me think it has been produced for the expansion of his 3AW show to the network.
Unfortunately I can’t confirm where or when that image was made as the page Google alleges it is on, shows no sign of it.
End Update

Of course, we still have the finalisation of the Fairfax/Macquarie merger to come in a few months [1], so this could all change again before winter arrives.

For the information in this post, thanks go to a few people who can be named publicly: Jason Morrison, John Cadogan, Ash Long, and Radio Today [2]. Thanks also go to some people who can’t be named…you know who you are.

Comments Disabled To "The 2015 2UE, 3AW, and 4BC presenter shake shuffle and confuse"

All I can say is good luck to 2UE, letting go of Clive and to replace him with Walter Williams will give 2GB a greater audience, as from various sources he is not all that popular up there……….