One of the unusual little changes in Canberra over the Christmas/New Year period occurred on Antill Street in Dickson where the Jehovah’s Witnesses made a change to their humble little unassuming Kingdom Hall.

They added an incredibly bright sign to the Antill St side of the building. This light stands out a lot on this dark side of this primarily residential street. 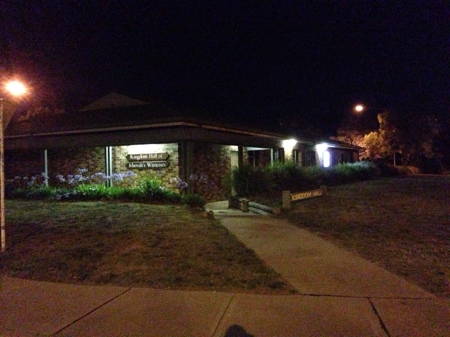 The sign is so bright that, from this angle, it appears in photos as just another light on the building. To get a shot of the sign where it is readable, the building has to become almost invisible. 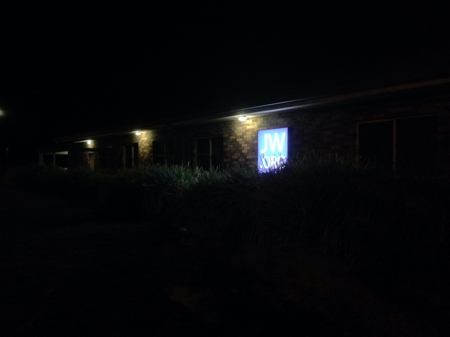 The sign was quite startling on the first night, and while it still stands out a lot, I would now describe it as merely distracting, now that I’m used to it.

During daylight hours though, it is almost unnoticeable as it fits in with the building quite well. 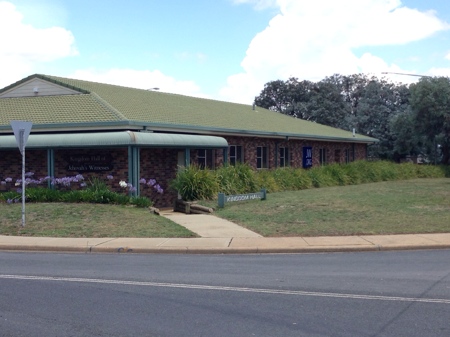 In fact if you compare that photo to a picture from Google Street View, you probably wouldn’t even notice the difference unless you were actively looking for it. 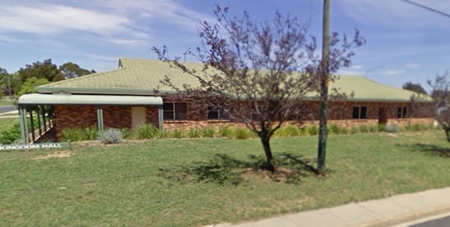 I do wonder what the residents on the other side of the street make of it?