The time has come for me to leave the US after my four weeks of fun and excitement. I realise that I have failed to keep you updated on my trip, but the time required to do that was cutting in to my sleep, which in turn was cutting in to my adventure time. I will be in a better position to provide the stories and highlights upon my return.

As I drove to the airport today after a final bit of Washington DC sightseeing, I felt sad when the air traffic control tower came in to view…as much as I want to go home and see Pebbles and the family again, I also kind of want to just turn around and settle in Indiana. My mood was improved, however, when I was greeted at the airport by the best US President in modern history (and the 2nd best of all time…Calvin Coolidge was the best), Ronald Reagan. 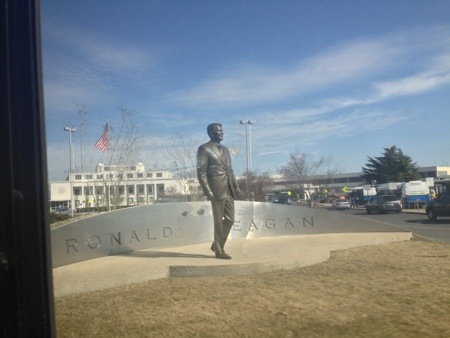 This is not the first time I have been greeted by this great man. I also saw him in Michigan when I visited Hillsdale College, where he stands near a truly great lady, Margaret Thatcher. 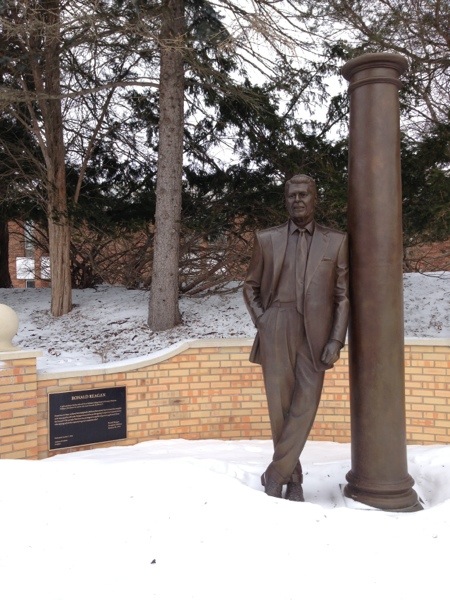 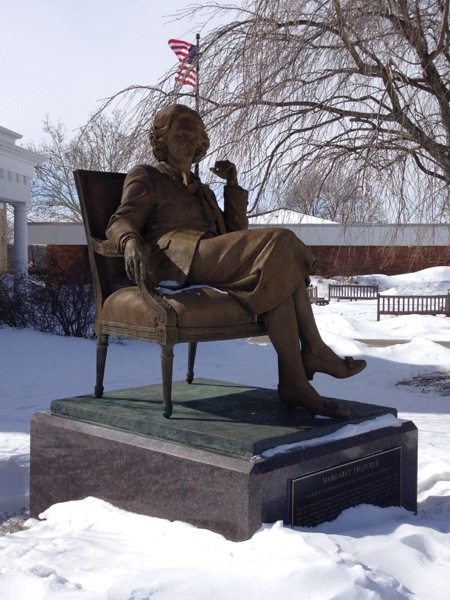 In Washington DC I did some of my sightseeing at night. It was cold but this had the benefit of making me almost the only tourist at the time, so it was easier to take photos and explore.

The Capitol Building is much larger than I thought and is very impressive. 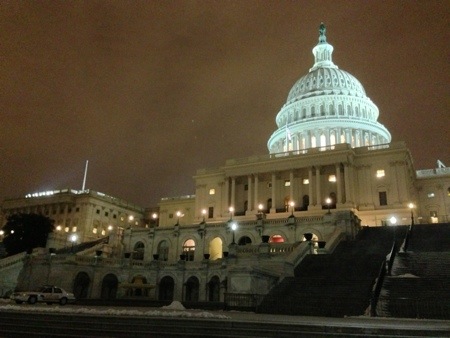 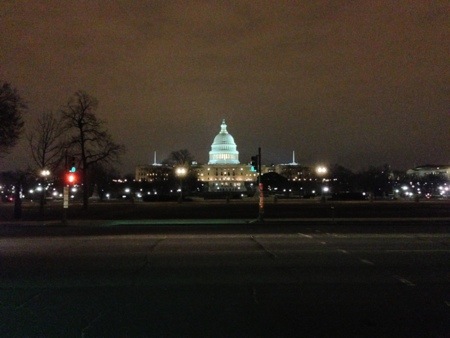 And the White House was exciting for a moment…there were moving vans out the front! For a brief moment my hopes were raised that the current occupant, a man who ranks among the worst Presidents in history and does not deserve to have his name uttered in the same blog post as Reagan and Thatcher, might be moving out. Alas, no such luck…he was having some sort of party and the vans were for the equipment belonging to the entertainment.

And today before I went to the airport I took a few moments to use up more of my prepaid fuel, drive my “Rush is right” bumper sticker around DC, and catch a glimpse of two fantastic conservative organisations which are almost directly across the road from each other: Hillsdale College’s DC outpost “Allan P. Kirby Jr Center for constitutional studies and citizenship”. 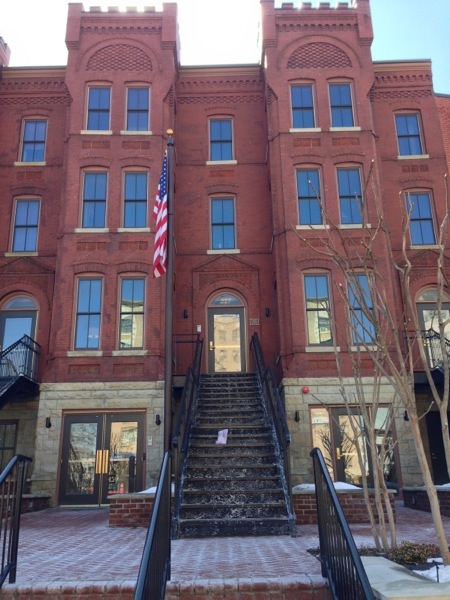 And The Heritage Foundation, currently run by a most excellent former Senator, Jim DeMint. 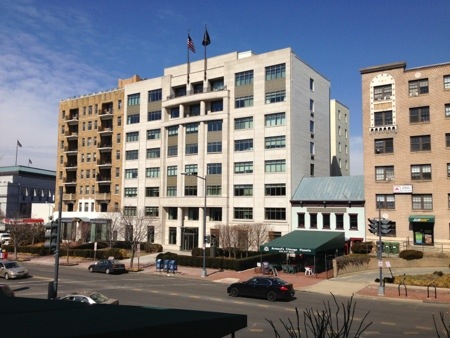 It has been a wonderful trip in which I have driven 2,934 miles according to the rental car companies, but I am now looking forward to coming home and sharing more photos with you soon.

Comments Disabled To "And now it is time to leave"

As you review mindfully the experiences of the past month Simon, keep also in balance with yon visage of homeland, and all the nourishment of soul that pertains thereto; thereupon & within.
Back in August 1999 I had the very best of experiences in Canada, on my one~&~only big ‘O E’ trip. For around nine months after returning to NZ, all I wanted to do was get back on the ‘plane & return to Canada!.
Safe return sojourn, am looking forward to your future posts.