The fact that the Quality Inn in Petaluma does not have any on-site lunch or dinner has been a blessing in disguise as it has forced me to take a few more short car trips than I had originally thought I would, which has helped me to become much more confident on the road over here. That’s useful when today looks like this:

Petaluma to Las Vegas, via Bakersfield. Google estimates this as 601 miles/967 kilometres/8 hours and 51 minutes.

The weather is looking a little cloudy at the starting end, but sunny and warmer for the rest of the drive, with my week in Vegas looking like it’s going to have some very nice weather. 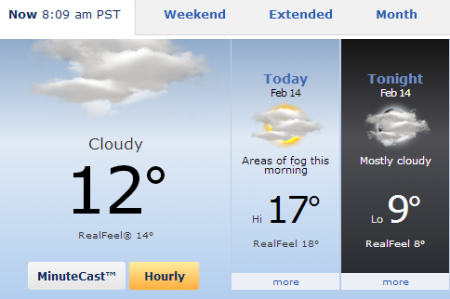 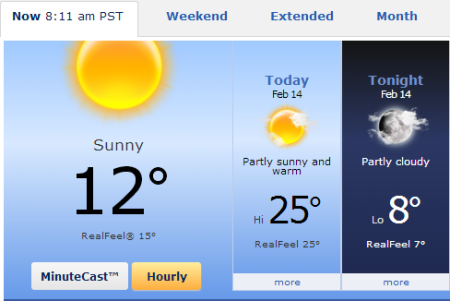 Radio listening shouldn’t be a problem either. Rush Limbaugh’s show is on many different stations through the state from 9am-noon, so he should always be in range on multiple frequencies. Around San Francisco he is on AM 960 The Patriot (KNEW) [2] as is Sean Hannity from noon-3pm, although by that stage I should be getting closer to Bakersfield and should begin to be able to hear these shows through KNZR 1560 AM and 97.7 FM [3] where, after 3pm, the great Inga Barks has her own show which I should be able to hear a decent chunk of.

Of course streaming radio on my phone is also an option and may be employed at some stage. As it’s a Saturday in Australia, George & Paul are on 2UE Sydney (AM 954) [7] from 2pm California time, so I may have to tune in to them for a little while as well.

I’d better hop to it. With all going well I should be in Vegas in the early evening.

Comments Disabled To "The plan for today"

Take care, stay alert at all times, & remember where you are (especially road-wise & pedestrian-wise. I nearly stepped off the curb into oncoming traffic in Toronto. You need to switch your mind to “look left-right-left” !!). Have fun, go easy on yourself. 🙂