I have a lot of photos and a few stories to share about my time in Las Vegas (which comes to an end this morning) and not enough time to post them right now, but before I leave Las Vegas I would like to share this.

On Wednesday afternoon I went out to the Green Valley Range [1] in Henderson with Rocky, Billy and Jeffrey, where Billy gave me instruction on firing his Ruger P95, a lightweight weapon which is probably a good starting point for someone as small as me.

Billy ran me through a safety briefing and introduction to the P95, and demonstrated the firing of it. 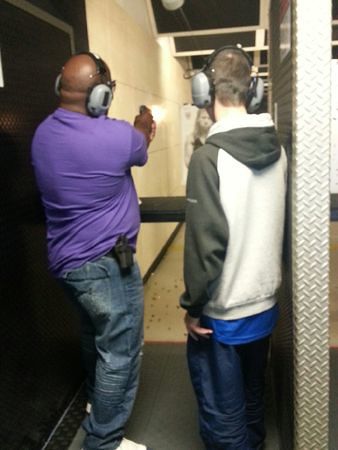 Then it was my go, under Billy’s careful watch and mentoring, and a light holding of my right shoulder while I got used to the kick of the gun. 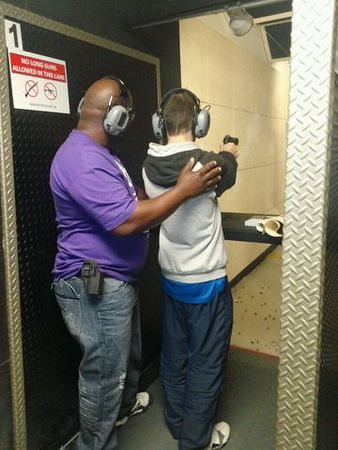 Here are a couple short videos of me shooting the P95. You can’t really see much of what I’m firing at, but you can see enough.

And the targets. In this first one, the clump of shots which hit right on top of each other dead-centre in the target were Billy’s. The rest were mine. All good, but that shot in the arm was definitely a stray. 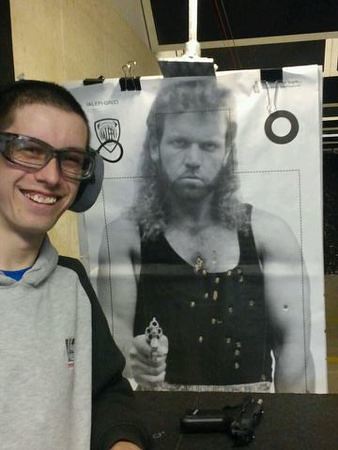 And the 2nd target. All of these shots were mine. 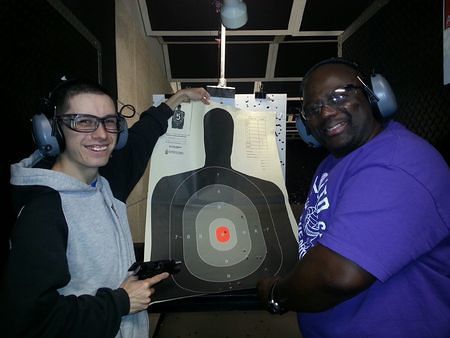 I definitely have a bias to the right (would you expect anything else from me?) but this could be corrected with practice. Still, for a first go, I was happy with the results.

A very big thanks to Rocky, Billy and Jeffrey for the outing. It was a very enjoyable experience.