This afternoon while I was wandering around downtown Petaluma and enjoying the sight of some really lovely old buildings, I stumbled across a great little antique shop which has a lot of general antiques, but specialises in military antiques, called The Petaluma Collective [1], located at 300 Petaluma Blvd North. 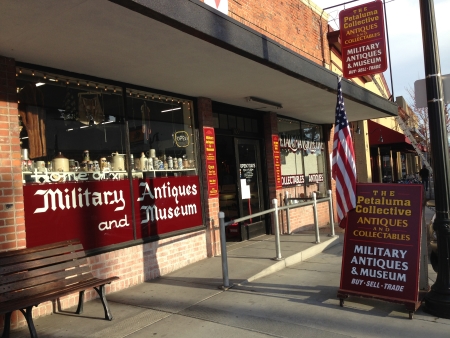 There were some really awesome things in there including an old field technician’s telephone network test phone, and old microphone, a Beatles 8-track tape (which I almost bought but then didn’t because I’m worried I’d accidentally wipe it in-transit) among other great 8-track tapes and vinyl records, and some World War II currency. There were also a bunch of things which I would have liked to buy but know I would never be able to get through Customs such as some really nice knives and a replica of an old Ruger pistol with moving parts (there is no way I would ever get that through Customs).

The store also had fridge magnets…none from Petaluma, but that’s to be expected in an antiques and collectables store. I ended up buying three of them. 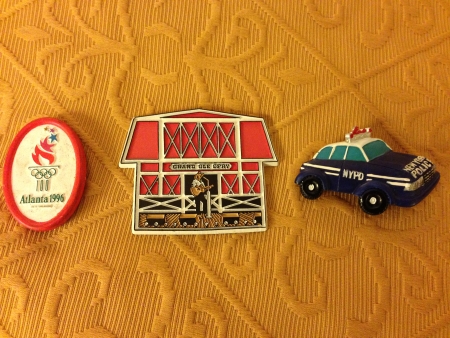 I loved the Grand Ole Opry magnet as soon as I saw it; The Atlanta Olympics was the first one that I really noticed as a kid; and I have a bit of a collection of NYPD merchandise…although I was a tad hesitant to buy the NYPD magnet while they shopkeeper and a customer were discussing recent speeding fines for doing less than 5 MPH over the limit until they started discussing how one of them had been let off for doing a burnout in an empty carpark because the officer liked the car, and he stood around and pretended to write out a ticket while chatting with the guy in the car so as to prevent another nearby cop from coming over and writing a ticket…and besides that, the NYPD magnet is pseudo-3D with a painted back of the light unit and shaped bonnet. 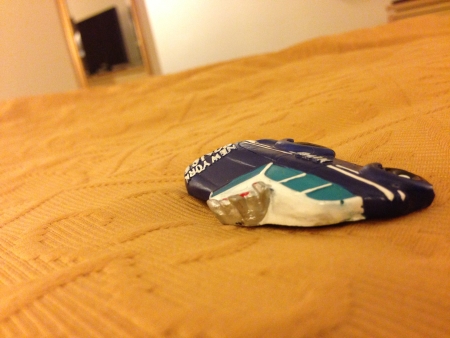 I’m going to have to decide what to do about that magnet…I might want to keep it for myself. I’ll probably still post it anyway as I’m sure my friend in Canberra will appreciate it, even if he only gets to keep it for a little while.