As I write this, I am at Canberra Airport waiting for my flight out of Canberra. The many things I had to do yesterday took longer than expected, but that was mainly because I decided to spend a bit more quality time with Pebbles than I had originally planned…still, it was hard to say goodbye to her this morning and she looked disappointed that I was leaving. I’ll see her on Skype soon enough, and hopefully she’ll recognise me.

After this, I should get to Petaluma mid-afternoon, which will be late-morning Wednesday in Canberra. The only downside I see to any of this is that the fantastic Inga Barks [1] is filling in for Mark Levin [2] today between 10am and 1pm Australian time and I won’t be able to listen to much if any of it live.

I have dug out my old iPod and am taking that along as well as my phone. I believe my Sydney to L.A. flight on an A380 has power outlets, but just to be on the safe side, and because my phone eats through battery power much faster than an iPod, I will be using the iPod. I’m not convinced that any of the movies or TV shows available on the plane will interest me much, so I have stocked up on TWiT.TV [3] podcasts This Week In Tech, Security Now, and Windows Weekly, as well as the podcast of Mark Levin’s radio show. Between that and some music and a very good book, I think I’m set…plus I plan on trying to get some sleep on the 14 hour Sydney to L.A. flight.

I was going to embed tracking maps for the flights, but alas that’s more complicated than I had hoped. You should be able to simply enter those flight numbers in to any number of flight tracking websites or apps if you wish to see the progress of my flights.

Over the weekend there was a bit of flash flooding in Petaluma and surrounds, but the rain has now stopped and the rest of the week is looking like it should be reasonably sunny with daytime highs of about 17 Celsius and overnight lows of about 8 Celsius. At this stage it looks like I have a good chance of seeing some snow in the midwest later in the trip.

Yesterday on my last walk with Pebbles before my absence 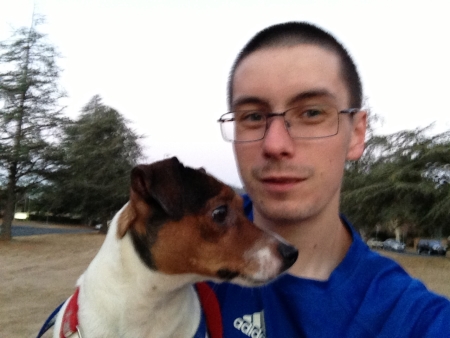 One of my suitcases is filled with presents for friends in the US. Here’s a sneak peek. 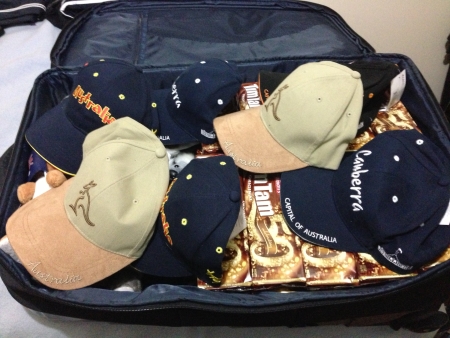 And I have taken these books with me to the US. I might not get much reading done, but it’s nice to have the option. 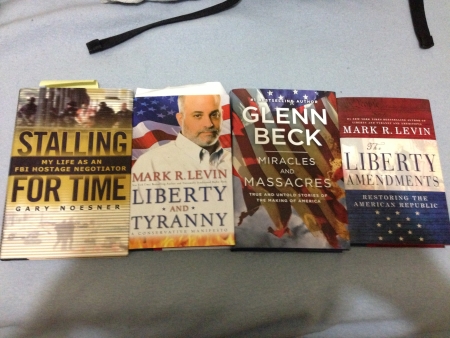 Of these, the one I have taken in my carry-on luggage and will endeavour to read some of on the plane is The Liberty Amendments.

Finally for now, some important notes about contacting me during my time away from the US.

My standard Australian mobile numbers 0405 302 499 has been diverted to my Skype service (02 6100 3640) which will in turn divert to my US mobile number (347) 205-5732. Calling one of my Australian numbers will divert at no extra charge to you, although there will be a delay in the call connecting to me (be prepared for ring times of 30 seconds or longer) and the sound quality might be great or awful depending on what sort of day Skype is having…calling my US number directly will cost you more (unless you’re in the US, in which case it is the cheapest option) but it will also have the best results. Note though that I am on holidays, so if I don’t recognise your number, there’s a good chance I’ll be sending you to voicemail.

My email works as normal.

Mail sent to my PO Box will not be seen until I return in mid-March.

With all going well, I will talk to you again after I arrive in Petaluma.