One of the more interesting parts of arranging my trip has been what devices will and will not accept the US voltage (they use 110v while Australia uses 240v).

I plan on taking my laptop, phone, camera, electric razor, and electric toothbrush. They (or the more precise, their respective chargers) will all accept 110v except for the toothbrush. Unfortunately finding one in Australia which will accept 110v is quite difficult, and I don’t really like the ones which take AA batteries as they seem to run out of useful power pretty quickly. Taking a heavy and expensive transformer is not feasible either, and I’m not keen on buying a toothbrush over there which will have the same problem when I bring it back to Australia.

It turns out that Braun do make US chargers for their toothbrushes but don’t usually sell them outside the US (given how small the charger is, I doubt it has room for a multi-voltage power supply). I was able to find one on eBay, however as it is located in the US, it would probably reach my PO Box after leave Australia. Thankfully the nice people at the Quality Inn Petaluma [1] were willing to accept and hold the parcel for me.

The other consideration is the plug style. Even if an Australian appliance can take 110v, it still requires a US style plug. Adaptors for this are common and cheap. 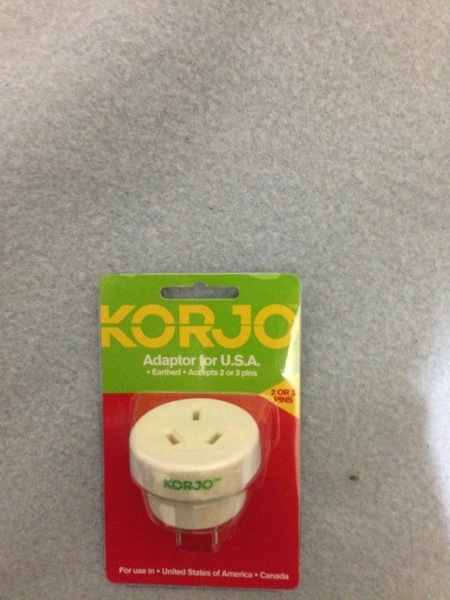 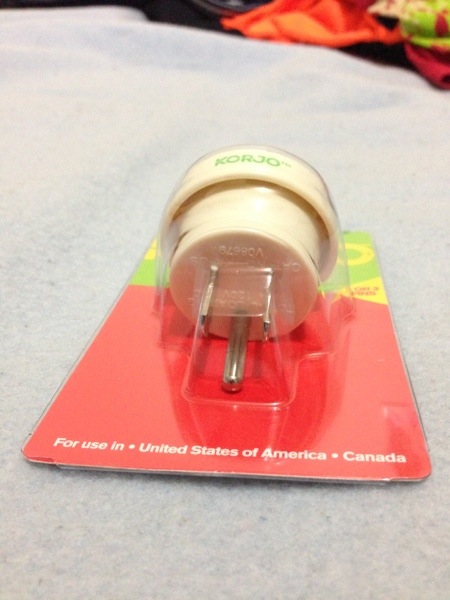 [3]
Korjo power plug adaptor for Australian plugs in US sockets

I’m taking two adaptors with me. This isn’t enough for all of my appliances, but I have a reason for that. One will go in the bathroom for my razor (which requires mains power to operate…it is not a chargeable one) and another for the main room. I’m only taking one for the main room as I can’t guarantee that there will be more than one powerpoint in all hotel rooms, and why take half a dozen adaptors when I can take one of these? 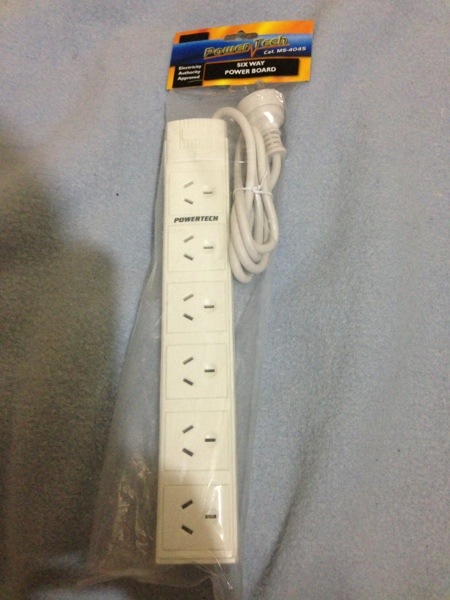 [4]
A cheap and basic powerboard

I went for a cheap and basic powerboard because it won’t have any problems with a foreign voltage as long as it is not being used to draw a large amount of power. A powerboard with surge protection or other fancy circuitry (such as on/off functions controlled by remote control, as I saw with one powerboard) could have problems with a foreign voltage, whereas a cheap and simple one shouldn’t have any issues.

So, with that done, I am almost completely ready to go with a bit over a week until I depart.