Over the last couple of days I’ve posted some very heavy stories on this blog, so it was great timing that I received official confirmation of my annual leave application being approved, and therefore today I can finally make the details of my trip publicly known. 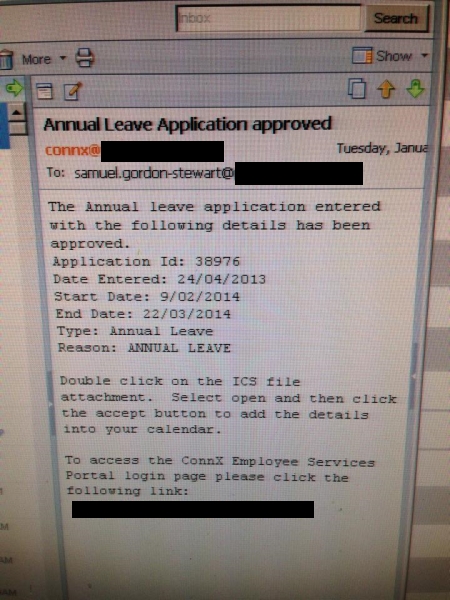 Long-term readers of this blog would know that I have a keen interest in US politics and the country in general, and have wanted to make my way over there for quite some time. For various reasons I had a few false starts and couldn’t go before now, and had falsely raised the hopes of a few friends over there when I thought I could go, but ended up not being able to go. (My annual leave application has been unofficially approved for months, but to avoid disappointment I didn’t want to go public until it was definitely official)

In late 2012 I saw that it looked like it was finally going to be possible and started forming a few vague plans and saving up my annual leave (hence the reason I can take so much time off work). It quickly became apparent that, as people I know in the US had spread out across the country quite a bit of late, visiting most or all of them was going to be best accomplished by doing something else I’ve wanted to do…go for a driving holiday in a foreign country.

I started planning the trip based on driving everywhere and stopping in interesting places along the way. This plan, due to time and budget constraints, turned out to be a “go go go” trip with minimal time in each location, so then I started dropping some of the places that were of a lower priority (I can always see them at a later date) and then with a solid basis for a plan, added a little time in some places to give me more time to account for possible weather delays and a public holiday.

What I ended up with is this.

This map shows all of the main destinations for my trip. How I plan for it to unfold is like this:

Tuesday 11 Feb
Depart Australia. Flying from Canberra to Sydney, then Sydney to Los Angeles, and Los Angeles to San Francisco.

Thanks to the time difference I should get to San Francisco around the middle of the day, however I am not staying in San Francisco as I am hiring a car and driving straight to Petaluma which is a small town about an hour north of San Francisco.

With all going well, I should get to the hotel with a couple hours left before sunset.

Wednesday 12 Feb and Thursday 13 Feb
On the Wednesday I’m going to visit the studios of TWiT.tv [2], Leo Laporte’s technology podcast network (I interviewed Leo [3] when TWiT was just starting to grow back in 2006) and am planning to use the rest of my time in Petaluma getting over any jet lag and doing some sightseeing around Petaluma and San Francisco.

Friday 14 Feb
The full day is set aside (and will be needed) for a drive to Las Vegas. I’m sure there will be a few stops along the way, and I plan on ensuring Bakersfield is one of them.

Saturday 15 Feb – Thursday 20 Feb
This time will be spent in Las Vegas with the possibility of some brief trips to nearby places of interest. People who have been reading this blog for a long time will know that I have quite a few friends in the Las Vegas area…my visit to Vegas is probably not going to be the normal visit of a tourist but I’ll still be doing some of the “tourist things”. I have arranged to meet some friends in Vegas already and hope to make many more plans as well.

Friday 21 Feb
On this day I will be returning the car I have hired and will be flying to Kansas City. I could not get a direct flight to Kansas City and so this trip will take most of the day, but is quicker than two full days of driving. Upon arrival in Kansas City I will be picking up another hire car…one more suitable for the rather cold locations which make up the rest of the trip.

Saturday 22 Feb
I’m looking forward to seeing the interesting sights of Kansas City and meeting a friend who used to live in Vegas.

Sunday 23 Feb
I’ll be driving to the town of Fort Dodge, Iowa on this day. This should only take a few hours so I may have a bit of spare time in Kansas City in the morning and some in Fort Dodge in the afternoon.

Monday 24 Feb
This will be a day for some sightseeing in Fort Dodge and meeting Bill Grady (Bill and I interviewed each other [4] a few times in 2006 and have kept in touch since). Bill is a really good guy who now runs a news website for Fort Dodge [5] and to whom I give lots of credit for sparking a lot of my interest in US news and politics, and being the first person to properly explain to me the 2nd amendment and its historical reason for being.

Tuesday 25 Feb
I’ll be driving to South Bend, Indiana on this day. Given the distance and the fact that I lose an hour by crossing from Central Time to Eastern Time along the way, the full set of daylight hours has been allocated to this.

Wednesday 26 Feb – Sunday 2 March
South Bend, near the Indiana/Michigan border will my base for this time.

Long-term readers of this blog would be familiar with the name Casey Hendrickson [6]. Casey now resides and works near South Bend and I’m looking forward to meeting Casey and some other friends [7] in Indiana during this time.

Other highlights will hopefully include a trip to the nearby town of Hillsdale, Michigan where the fantastic Hillsdale College [8] is (seeing their life-size statues of Ronald Reagan, Margaret Thatcher, and other historical figures is something I’m very excited about), and I’m looking forward to trying out a new shooting range at Rocket Guns in Goshen, Indiana [9].

Monday 3 March
Another one of my full day drives…this time to Arlington, Virginia which is just outside Washington D.C.

Tuesday 4 March – Friday 7 March
I’m very much looking forward to seeing D.C. and a lot of the nearby spots including Baltimore and Leesburg. If time permits, I might also make a day-trip out of a visit to a friend in New Jersey.

Saturday 8 March
This is the day that I depart from the US. I’ll drop off the rental car and fly out from Reagan International Airport, heading to Canberra via airports in Los Angeles and Brisbane. I’ll be back at home late on Monday the 10th of March, leaving me the better part of two weeks at home before I have to go back to work (and probably make up for my absence with Pebbles).

I’m looking forward to it very much and will provide some more details before I go. I also hope to keep this blog updated with details from my trip while I’m over there.