Two separate car fires caused the evacuation of over 70 residents overnight, and many thousands of dollars of property damage.

The first fire, in the underground carpark of Condamine Court in Turner involved fourteen cars and a boat. The entire block of the apartment complex above the carpark was sealed off, and residents were evacuated. Many residents were temporarily relocated in the Rex Hotel just up the road on Northbourne Avenue. 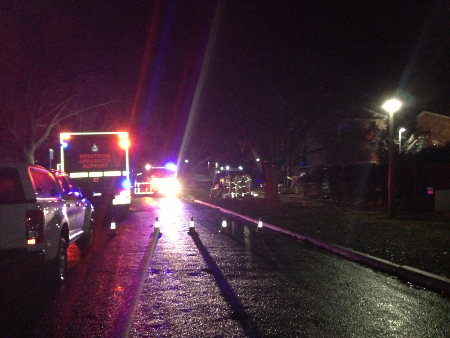 [1]
Forbes St, Turner, blocked due to the Condamine Court fire 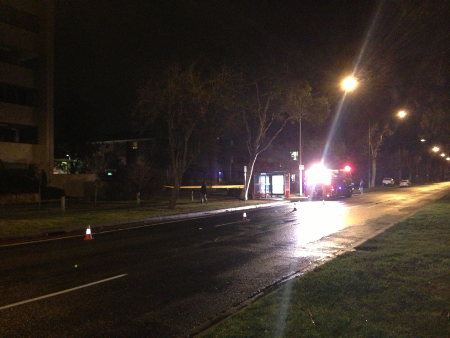 In Jerilderie Court in Reid, a car which has not moved for at least a year was torched. Residents were evacuated from the apartments above the fire and much of the carpark has been blocked off. A HAZMAT team was called in to perform atmospheric monitoring due to concerns about toxic smoke. The torched car produced more toxic smoke than usual due to a number of tyres being stored in the car in addition to the ones on its wheels.

Witnesses reported seeing two young males running from the scene, and some police officers were sent from the scene to check surrounding blocks for any sign of the pair.

The Emergency Services Agency reports that two cars were on fire in the Jerilderie Court blaze. I did not see evidence of the Mazda next to the torched car being on fire, however as it was right next to it, there probably was plenty of fire, smoke, and water damage. 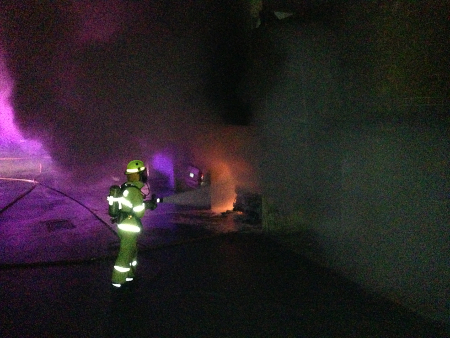 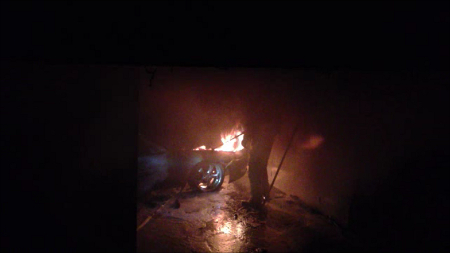 [4]
After most of the fire had been put out, more flames emerged from under the car’s bonnet 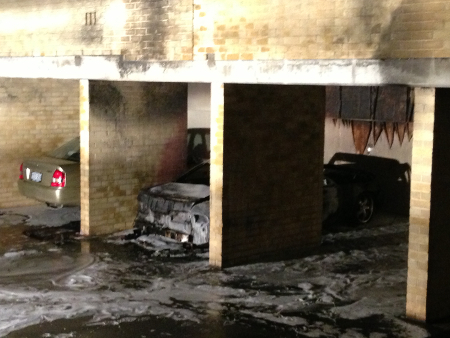 [5]
The aftermath of the Jerilderie Court fire

Media note: A clean version (no watermark and no supers) of this footage is available upon request, in exchange for attribution. Alternatively you are free to use this video, provided that you do not remove the “Footage from Samuel’s Blog” watermark.

Update 6:07am: The police have issued a press release in which they say that, in addition to the two fires I’ve covered above, there were a bunch of other fires in garbage bins around the Civic and inner-North areas last night. The wording of the press release is ambiguous about whether there were car fires before the two I’ve noted above. Anybody with information is asked to call Crimestoppers on 1800 333 000. End Update

Update 12:08pm: After a tip-off, I have discovered that the Jerilderie Court recycling bins were also decimated by fire during the night. More interestingly, the bins which are made out of plastic appear to have completely melted. 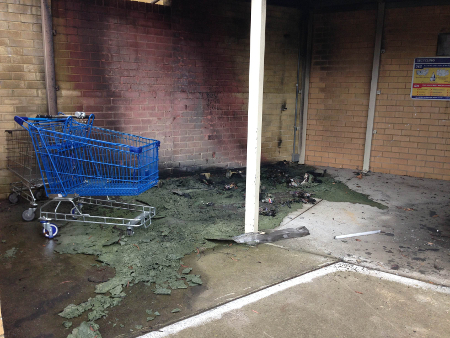 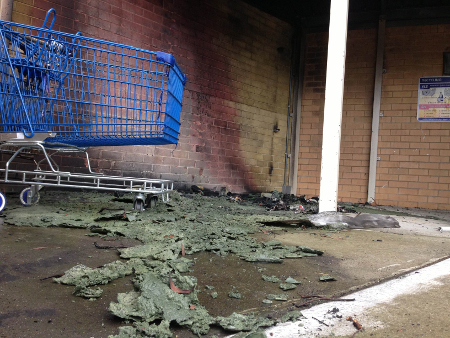 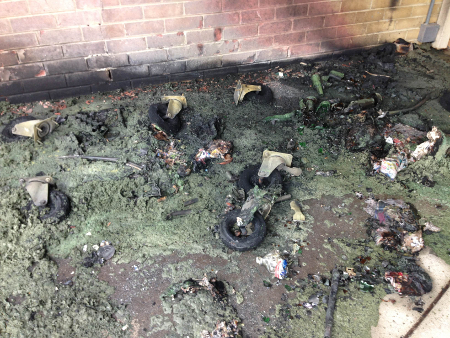