Last week I reported that the old Watson suburb sign [1] at the corner of Knox and Antill Streets had been removed to make way for one of the new style suburb signs. 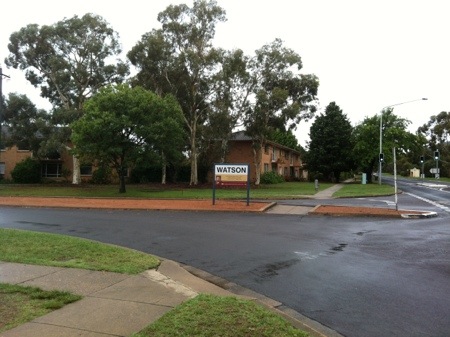 This photo was taken from the opposite side of the road to the photo I took of the old sign last week. 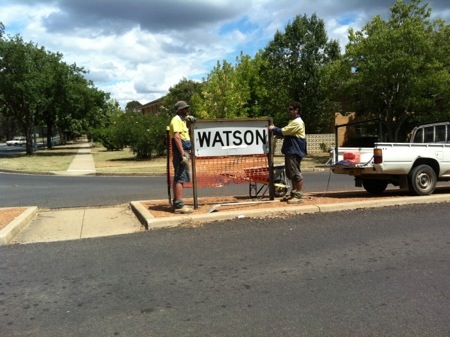 The new style of sign contains a little bit of information about the person after whom the suburb of Watson was named, Prime Minister John Watson. 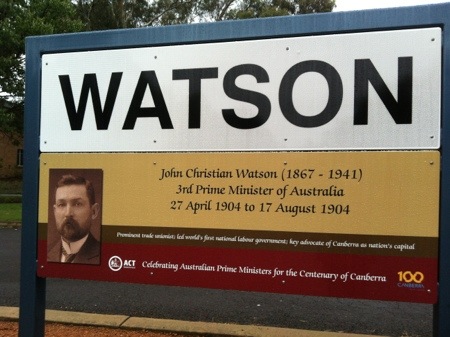 It is certainly different to the old sign, and as nice as the new sign is, I will miss the old one.