These pamphlets were dropped in letter boxes all over Braddon today. 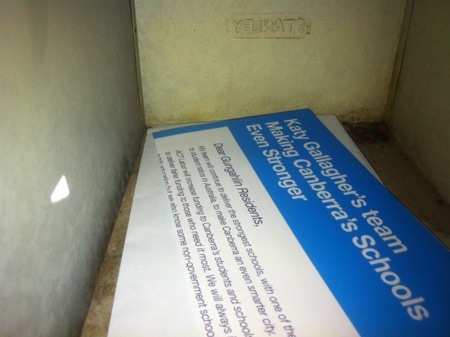 [1]
Pamphlet in a letterbox on Donaldson St, Braddon

The only problem is that these start with “Dear Gungahlin Residents” and Braddon is nowhere near Gungahlin.

Braddon is a suburb of the inner-north, whereas Gungahlin as a suburb and as a town centre is much further north. Here, from my phone, is a quick map of the distance between the two, with the gap south and east of Mitchell being the approximate dividing line between the two town centres. 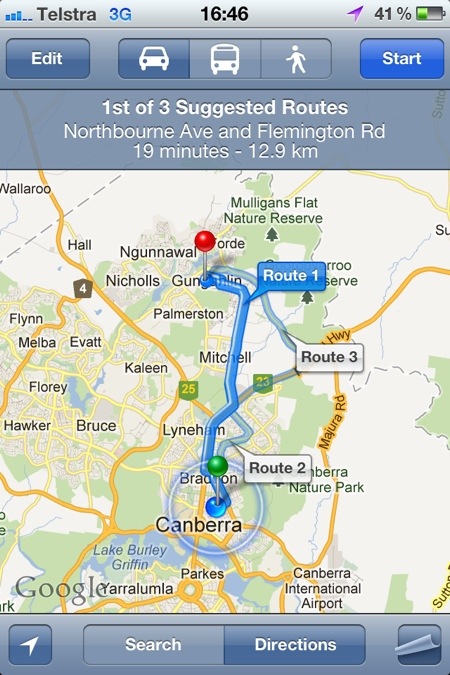 It’s rather concerning, but not surprising, that Canberra’s out-of-touch Labor government can’t even figure out where bits of Canberra are any more.

Update 5:42pm: ACT Labor have been in touch on Twitter to advise that they’re investigating what went wrong:

Hi @Samuel_SGS Some newsletters have been incorrectly delivered. Talking now with paid delivers trying to find out how this error occurred.

That will be an interesting discussion, I’m sure. If I was them, I’d be demanding a refund and/or free delivery of the correct material. They might also want to check the deliveries in Reid, as I have since discovered that Reid has received the same “Dear Gungahlin Residents” material.