In case you don’t already know, I’m up in Sydney today to see Tony Abbott deliver an address to the Institute of Public Affairs on the topic of freedom of speech. I’m led to believe he has an announcement to make.

As I have a bit of time while I’m up here, I decided to drop by the Seven Network studios at Martin Place and do something I’ve wanted to do for a long time…say hello to Glenn Wheeler in person as it has been far too long since I last did that.

Glenn was kind enough to spare a moment of his busy schedule…so I’m pleased to be able to present the one, the only, the great, and the incredibly psychic (or psycho, depending on which promo you listen to) (drum roll….) Glenn Wheeler! (I couldn’t afford his studio audience, so you’ll just have to imagine the applause). 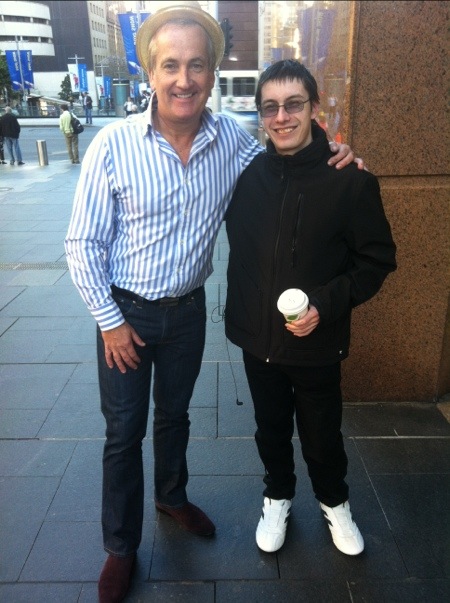 Thanks Glenn! Good to see you again.