Over the last couple of Sunday Bits posts, I have noted that former Las Vegas talk radio institution Heidi Harris was on the move, having left her long-time station KDWN. It was unclear at the time whether Heidi was staying in Vegas or going elsewhere, but now that the answer has been unveiled, it is actually quite a big story. 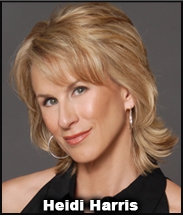 Heidi (pictured) will be taking over the morning drive (6am-9am) show on two stations in California. KRLA 870 Los Angeles and KTIE 590 Inland Empire. Both stations are part of Salem Communications’ conservative talk network, and both stations are being rebranded as “The Answer” in conjunction with the move (yes, now my clunky attempts at fitting the word “answer” in to earlier sentences makes some sense).

This is big news for two, and maybe three reasons. For Heidi, who has been regarded as one of America’s most influential talk radio hosts by her peers for many years, this is a massive promotion, jumping from market number 32 in terms of population size (Las Vegas, 1,650,500) to market number 2 (Los Angeles 10,682,900) and is sure to solidify her reputation among her peers as a force to be reckoned with.

For Salem, this is an important extension of their recent rebranding of New York station WNYM-AM from “AM 970 The Apple” to “AM 970 The Answer”. The rebranding, along with the streamlining of WNYM’s formerly-convoluted schedule of syndicated Salem hosts interspersed among local shows, resulting in more programming being aired live, has allowed Salem to position the station as being not just another talk station in a highly competitive market, but rather as a station which takes a positive attitude of trying to see how issues get resolved rather than just whinge about them for three hours at a time (not that I’m saying that’s what talk radio does, but it does have that reputation at times).

It’s a position which is more in line with Salem Communications’ philosophy (Salem, primarily, is a Christian broadcaster and although its general conservative talk stations are distinct from its Christian talk stations, the general talk stations do carry a “moral code” of sorts) and although it hasn’t helped overall ratings at the New York station as yet (they’ve actually gone down a smidge), it has apparently helped to better engage the existing audience and improve the station’s performance among certain key demographics. It’s not surprising that ratings haven’t changed all that much in New York, but it does seem like a bright move from group Program Director Phil Boyce (pictured) to expand the new branding to other markets, as it’s a point of difference which is likely to do well outside of New York, especially California with its somewhat peculiar overly positive attitude. It could do quite well in Los Angeles in particular where rival station KFI has endured a heap of bad press of late for the negative views express by some of its hosts. 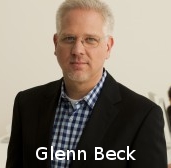 The move could make a third bit of big news. The timeslot which Heidi is taking over is currently occupied by Glenn Beck’s (pictured) syndicated Premiere Radio Networks show. When WNYM was rebranded, it resulted in the timeslots of many syndicated shows changing so as to allow more shows to air live, but no such announcement has been made about the programming lineups on KRLA and KTIE yet, so it’s not known if Glenn Beck’s show will be shuffled back to a later timeslot on delay, or if his show will be dropped completely. If it’s the latter, then that will be massive news, as this would mean that The Glenn Beck Show would no longer be cleared in either of the two biggest markets in the country, New York City (it was dropped from WOR some time back) or Los Angeles.

If the stations keep Beck and put his show on delay, then it’s likely that they will do what WNYM is doing, and cut multiple three-hour syndicated shows down to two hours so that local programming can fit around live & short delay network programming.

All the industry speculation aside, there is one thing I can say with absolute certainty, and that is that Heidi Harris deserves to be congratulated on her move. Good luck Heidi, and have fun talking sense in to those Californians.