And with that, I’m back. The whole catching up on sleep and getting my energy back thing has been a limited success, but I am now back to being able to put my thoughts in to writing without having to spend a week working out how to word it, so we’ll call it a success.

I’ve got a lot to get through, and seeing as blog posts with multiple short stories in them seem to be the flavour of the trimester on about half the blogs I read, and it’s convenient in this case, I’ll bite and run such a post here.

Sleep? Hmmm, well it’s 3:32am as I type this and I last finished sleeping at 8am yesterday. You do the math. That said, in the last few nights I have had dreams where I:
1. Was in a repeat episode of Third Watch. Nobody could be bothered attending to the emergencies as they all knew that the people survived the episode, so why bother risking injury doing the stunts again?
2. I plunged to my death in a taxi, on a wet night where the left half of the road had been washed away. A very vivid and disturbing dream.
3. KXNT’s Alan Stock was elected as Chairman of the Nevada Action Committee, although what this actually achieved is beyond me, because the only thing he was required to do as part of this job was take five minutes out of his show each morning to read the KXNT phone number over and over and over and over and over (we’ll come back to this in five minutes when he’s done with the phone number)

Frasier and Seinfeld repeats at 7:30pm and 8pm weeknights respectively on Go! Channel Nine receive my perpetual thanks for this.

There was some Bollywood movie on SBS Two the other night. I watched ten minutes of it near the beginning during which time the married couple managed to patch up their differences, and the wife declared that she didn’t really care about her husband’s flaws anyway. How they could drag that about the next three hours is beyond me, and I’m glad that I didn’t stick around to find out. The ten minutes was good for a laugh though.

Cisco have calculated [1] (which is probably code for “guessed”) that the average broadband Internet user downloads 11.4 gigabytes per month. I average 20-25GB per month and will probably start doubling that in the not-to-distant future if one of my household projects gets off the ground.

Facebook have decided to preserve the accounts of deceased members [2], minus status updates and other “sensitive data”. This intrigues me as I have often thought about what would happen to this site and my other online data if I were to cease existing for whatever reason. I would like to keep it all online permanently, but am yet to find a viable solution. The National Library’s PANDORA project [3] archives the essence of this site, but seems to have a lot of broken links and missing data, which is hardly surprising given the sheer size of this site (6.97GB and growing). Preserving this site is a work in progress…I suppose I’ll just have to stick around for long enough to ensure that it happens.

Anyway, if and when I shuffle off this mortal coil, I’m happy for my Facebook account to be preserved as some sort of shrine, but I don’t want anything to be removed from it. How does one go about sharing this wish with Facebook. One’s will?

Speaking of the dead, Yahoo have finally killed off Geocities. I’m glad that I was reminded of this imminent death the other day, as I had one page on there which I needed to save. I’ll republish it on here at some stage.

Monash Drive has been removed the ACT “National Capital Plan” [4]. The proposed road had been slated to run along the foot of Mount Ainslie behind Hackett, Ainslie and Campbell, roughly in-line with the already cleared sections which the high voltage power lines use. Politically, the road was never going to happen, which is a pity because it could have reduced a lot of congestion, especially in the years ahead.

We’ve been following Barack Obama’s approval ratings here for some months now using the figures from Rasmussen, who had the polling figures closest to the outcome of last year’s election. That said, the other polls are interesting as well, especially when you consider that in the Gallup poll, Obama has recorded the worst third quarter of an elected president in recorded history [5]. A nine point drop in his approval rating in the space of three months.

Here’s the point. FOX out-rate every other cable news network consistently, partially because of their news programming, and partially because of their opinion programming. People want to watch it. The White House don’t like the opinion programming as it is often critical of the Obama administration, unlike others such as MSNBC whose opinion programming often favours the Obama administration. The other networks know that if they let the White House exclude FOX, then they are all trapped in an unwritten “do as we say, or we cut your access” agreement. It is an attack not only on FOX, but on every other network, on freedom of the press, and on freedom of speech.

Glenn Beck, on one of FOX’s opinion shows, put together a rather amusing piece on the War On FOX which had me in hysterics when I first watched it.

One wonders if people would have voted for Obama’s “new era of bi-partisanship” if they had known that “bi-partisan” is defined as “the other side will do as we say, therefore we all agree”. 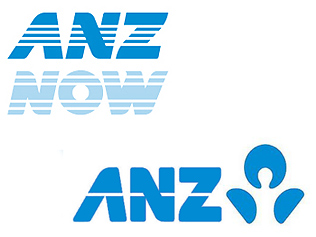 The ANZ Bank have a new logo, and a TV ad which looks strangely familiar…I’ve seen the whole “life juggled above head, but we can make it easier” ad before, I just can’t remember where. Anyway, the logo, is it just me, or does it look like somebody chucking a tantrum after being kept in line for an hour?

Channel Seven have announced their new digital channel, to be called “7TWO”, on (you guessed it) channel 72. I’m not in the least bit surprised that regional affiliate Prime aren’t putting it to air straight away [6], I mean Prime own the “6” channels in digital TV land, and it would look rather silly have 7TWO on channel 62. I suspect that Prime are working on their own branding of the new station…PRIMExtra perhaps?

RIP Don Lane [7], one of the great entertainers, who passed away at the age of 75.

Remember when the Large Hadron Collider was about to be turned on for the first time and people were afraid the world was going to end? It amazed me how many people who believed that, were subsequently placated when it was turned on, broke down, and the world didn’t end. The whole cause for concern was for when it would finally reach the actual colliding stage, which it never did.

Well, without wanting to alarm you, the LHC boffins are ready to start it up again [8]. Perhaps now would be a good time to book a flight on NASA’s newly-tested-to-be-successful space vehicle [9].

Clive Robertson filled in for Tim Webster on 2UE and 2CC’s afternoon show yesterday. What a relief! Tim Webster, as much as like him personally, has bored me to death of late…I can not listen to his show any more, I just can’t. Tim is much better suited to a news-based show than the lifestyle-amalgam show that he is now presenting. Clive, however, suits the format perfectly, and is brilliant afternoon entertainment.

Memo to 2UE for next year’s lineup: Breakfast with Mike Jeffreys, Mornings with Stuart Bocking, Afternoons with Clive Robertson, Drive with John Stanley, Nights with The Two Murrays, Overnights with Jim Ball.

And now at 6:18 it’s time for KXNT’s traffic and weather together on the eights, here’s Tate South (finally, Alan’s morning Chairman task is finished, which means that I can wrap up this blog post).

There was an ad on TV last night for that boat from Victoria to Tasmania and back, in which they advertised the rate for taking your car with you as being an “each way” rate (eg. “x dollars each way”). Sorry, but does that mean it’s the return rate (you can travel each way for this amount) or the one way rate (each way costs x dollars)?

Congratulations to Chris Matlock, KXNT’s Radiostar competition winner for this year. I listened to the entries of the 20 finalists when I was last in Deniliquin, and Chris was my favourite from the start, so I was very pleased to see him win. Chris will have his own show soon, apparently, and will start off co-hosting with Ciara Turns on “Sundays with Ciara” on Sunday, November 8 between 10am and 1pm. That will either be 4am-7am or 5am-8am Monday, November 9 in Canberra, depending on whether daylight saving has ended in the US by then.

And finally, Lord Christopher Monckton spent much of the latter part of last week and the start of this week outlining the issues with the proposed Copenhagen climate change treaty which, don’t forget, is designed to stop a warming which hasn’t happened in about the last decade. The main points:
1. The setting up of a world government, with binding power over all countries.
2. Some peculiar scheme to send all the money from the western countries to the developing countries, to pay for some supposed “climate debt”.

(thanks to Padders for the link to those videos [10])

About this it is not true a person I talk to at 2UE told me he will tell me in December. Memo to 2UE for next year’s lineup: Breakfast with Mike Jeffreys, Mornings with Stuart Bocking, Afternoons with Clive Robertson, Drive with John Stanley, Nights with The Two Murrays, Overnights with Jim Ball.

Sorry, misread your comment. I shouldn’t try to read things within two minutes of getting out of bed.

I’m not suggesting that my lineup is accurate, it’s just a lineup I’d like to see. I don’t think I’ve replied to your email about your lineup yet. I’ll do so later today.