Apparently Hugh Rimington has been with Channel Ten since April. I’m surprised that tonight was the first time that I have seen him on Ten News seeing as I see it every Saturday. 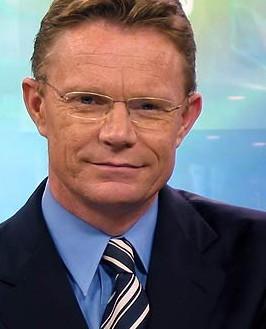 Hugh worked for Channel Nine for 16 years which included a very impressive stint as the anchor of Nightline, before defecting to CNN as a newsreader and Hong Kong correspondent.

It’s good to see Hugh back on free-to-air television in Australia, and I dare say that Channel Ten must be very pleased that they have Hugh working for them and not another network. Hugh lends Ten News a level of credibility which I think it has been missing for quite some time when it comes to reporting on federal politics.

It was quite a shock to see Hugh on Ten tonight, but it was a good shock. It makes me much more inclined to pay attention to Ten News in the future.

A belated welcome back to the country Hugh.