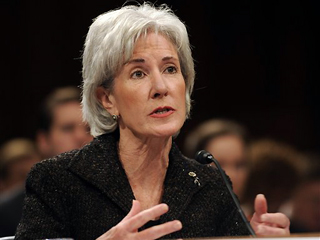 Kathleen is the latest in a string of Obama cabinet nominees [1] to realise that she has a tax problem. Kathleen’s tax problems over the last three years were worth $7000. Funny how she forgot about it until she was nominated.

Instead I’ll just take heart in the knowledge that at the beginning of January, Obama’s approval to disapproval rate in the daily Rasmussen poll [2] was 69% to 29%, and today it is 56% to 44%.