I was watching Terminator 2 last night and noticed something which I haven’t noticed before, and I’m amazed that it took me this long to notice it.

The character Tarissa Dyson was played by S. Epatha Merkerson, who I know much better as Law & Order‘s Lieutenant Anita Van Buren. 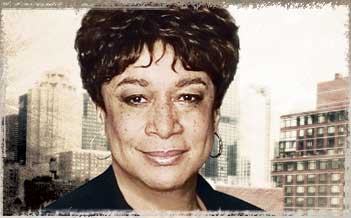 I suppose the thing that really threw me off until now is that in Terminator 2 the character Tarissa Dyson spends almost her entire time looking absolutely terrified, whereas Lt. Van Buren is a generally authoritative figure who usually looks to be in control. She also used her voice quite differently in T2, using almost none of her trademark deeper voice which she uses to such great effect in Law & Order, and she was also about as skinny as me in T2.

She is a great actress, I’m just surprised that it took me this long to connect the dots.

On that note I should probably mention that I’m enjoying the current series of Law & Order, which recently started screening on Channel Ten and has been screening for a while on NBC, a lot more than the last couple of seasons, and I think the writing has improved significantly. Lt. Van Buren has a much-needed stronger presence in the investigations, the two detectives work very well as characters which is probably helped by the on-screen chemistry between the actors Anthony Anderson and Jeremy Sisto.

I also note that Law & Order: UK debuted on ITV last week. I watched it with some interest, although I nearly switched off after about ten minutes due to the cardboard acting of the two Detective Sergeants which severely detracted from the show. Thankfully they got better, and the rest of the actors hit the mark in a rather complex and intriguing storyline. I hold out some hope for this series, it was a good start overall and will hopefully get better as time goes by.