A short distance out of Jerilderie along Conargo Road is one of the more interesting phone towers in existence. It’s a much more elaborate setup than most phone towers and I took some photos of it on the 13th of December. 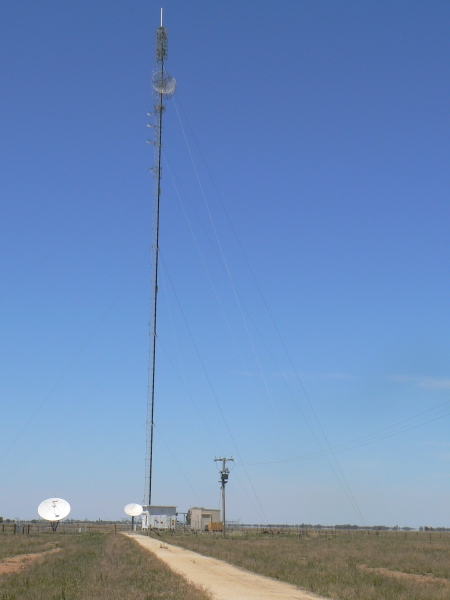 The upper half section of the tower: 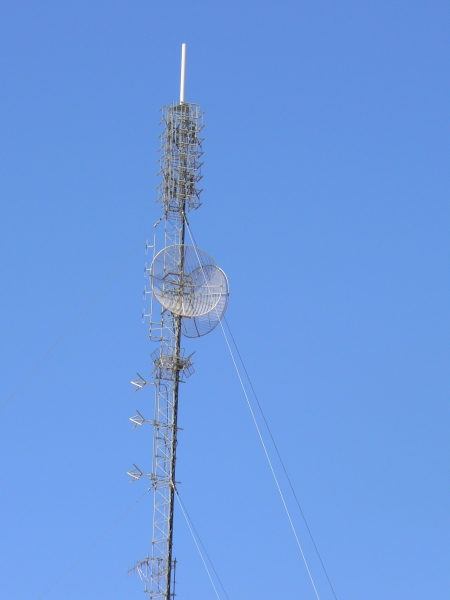 The lower section of the complex: 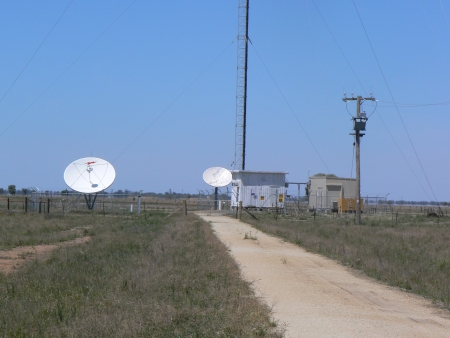 The tower has obviously been there for quite some time as it is from the pre-Telstra era. Here’s a sign along the side of the dirt track leading up to the tower which bears a Telecom Australia logo: 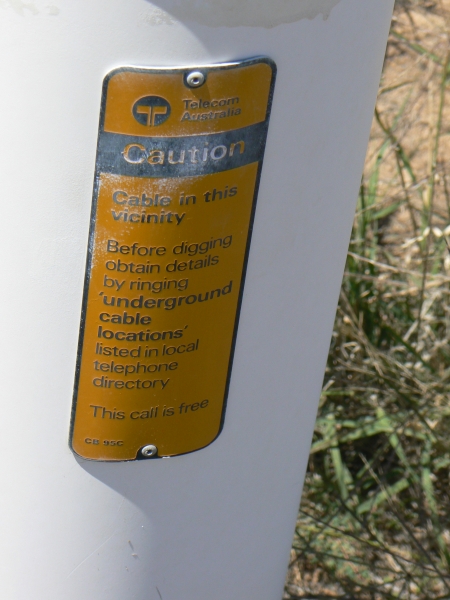 It’s probably a good thing that they didn’t print the “underground cable locations” phone number on the sign as they would have needed to replace the sign when they changed the number last decade.

Comments Disabled To "Pictures of (places near) Deniliquin: The Jerilderie Phone Tower"

Samuel is the old 2QN tower on Echuca Rd still there?

I could answer that, but that would ruin the surprise of seeing photos of it in coming days.

None-the-less, the answer is yes. I don’t have time to upload the photos today, but I’ll see wat I can do tomorrow morning.