As I mentioned earlier this morning, 2CC are broadcasting from Bunnings Warehouse in Fyshwick until midday. I went down there with my inflatable Bunnings hammer and my Bunnings hat, and they appeared to be having a good time. 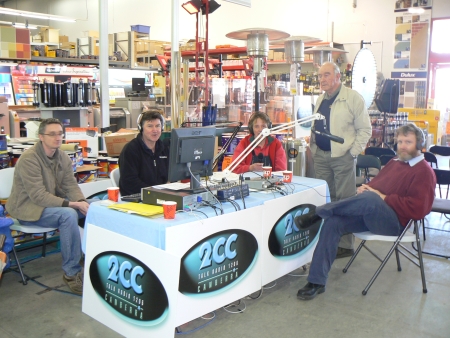 I was also pleasantly surprised to see Scott McGregor [2] from television shows such as Better Homes and Gardens who was there to present two French polishing demonstrations. 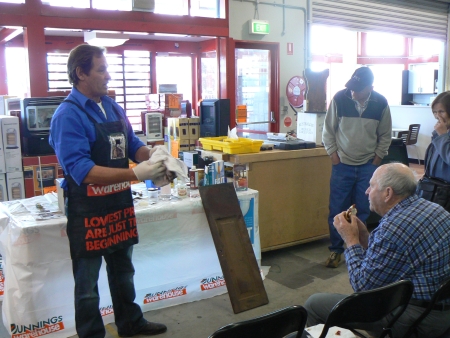 The crowd for Scott’s 10am demonstration grew slowly over the hour, although the man eating the sausage sandwich (who also happened to have a notepad for taking notes which might be useful in his table restoration efforts) and I were there for the full demonstration.

This photo didn’t quite work, but Scott was quite energetic during the demonstration so I think it fits. 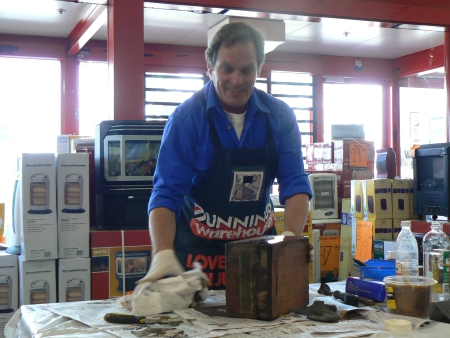 The demonstration went on for about an hour, which is probably longer than it was supposed to, but it didn’t really matter as Scott and the crowd (myself included) enjoyed it. 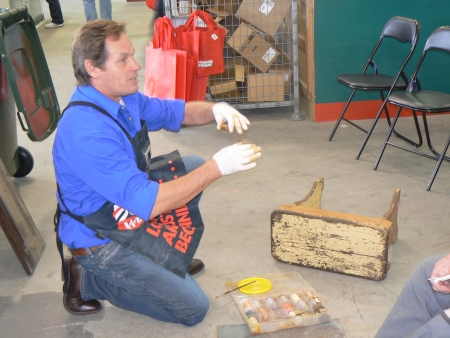 And by 11am, Scott had finished an abbreviated restoration and polish of the door of an old meter box. 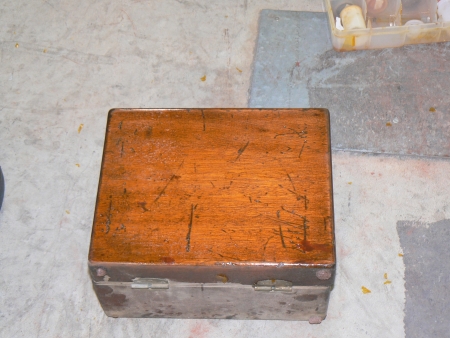 I was also pleasantly surprised by the visits of some other 2CC listeners that I know. A bus driver friend turned up just after 9am, and Lillian and her husband, retired Dickson College canteen managers, turned up to see Scott McGregor after hearing about his demonstrations on 2CC. Lillian and her husband recently stayed at Scott’s “Ruwenzori” railway carriage based resort in Mudgee.