In October last year I continued my photographic series of Hills and Mountains of Canberra by visiting Oakey Hill, but for one reason or another I never got around to captioning the photos and making them publicly available…well, now they are [1]. 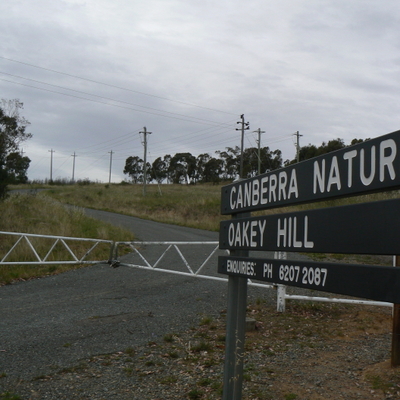 Oakey Hill’s summit is 684 metres above sea level, the hill itself is surrounded by the Tuggeranong Parkway to the west, Hindmarsh Drive to the south, the subub of Lyons to the east and Heysen Street to the north. It is probably most recognisable for the mobile phone tower near the summit. 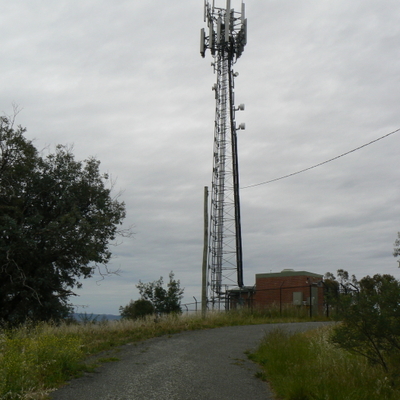 The phone tower can be seen quite clearly from many parts of Canberra, including Liardet Street in Weston. 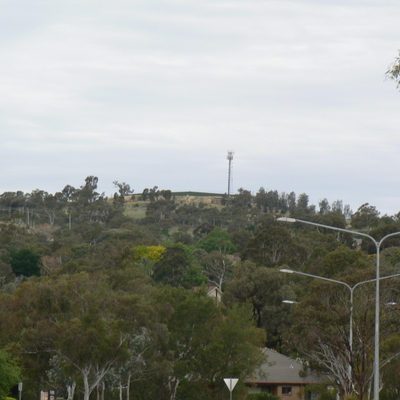 Which, in turn, can be seen from Oakey Hill (click the image to enlarge…the previous photo was taken from next to the street sign at the end of the road between the petrol station and orange building). 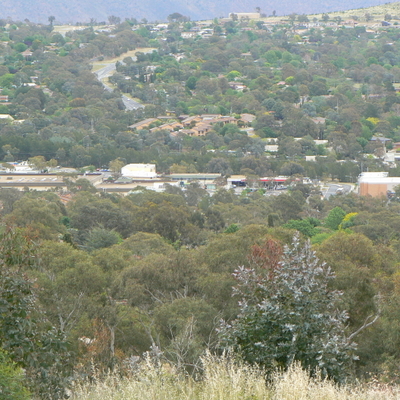 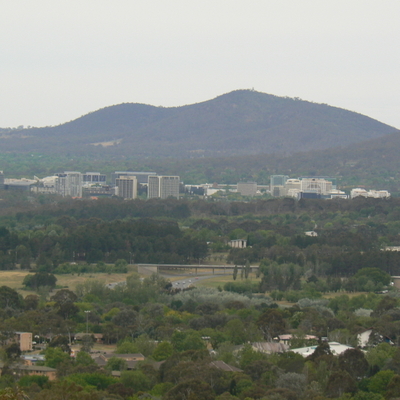 Woden (on a slight angle) 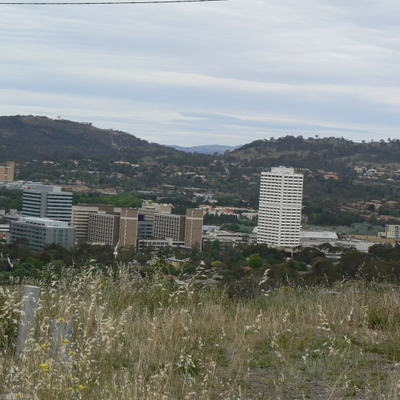 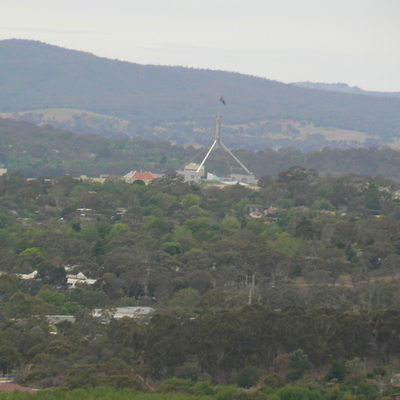 And much like almost every other hill in Canberra, Oakey Hill features a water reservoir. 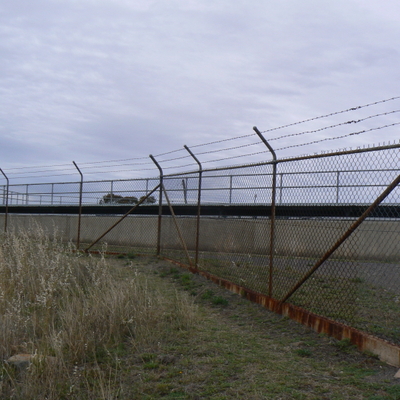 The full set of photos can be viewed on the photo gallery at http://photos.samuelgordonstewart.com/Oakey-Hill-20071031 [1], and it’s probably worth pointing out that I came very close to twisting my ankle on this hill…that’ll teach me to stand on small concrete columns and get off them without looking. Can anybody find the photo which features these small concrete columns?