To the same extent, 2CC’s listeners heard Mike Frame’s final show yesterday between 7am and 9am. Mike has now left 2CC after about five years as a weekend presenter and fill-in weekday presenter on the station.

Mike is no stranger to Southern Cross Ten, having co-hosted their coverage of the 2006 Black Opal 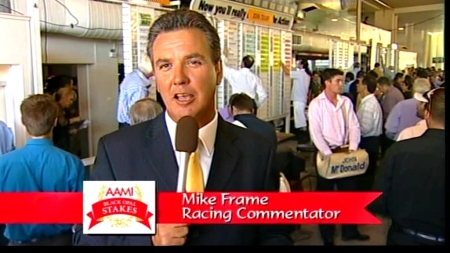 I spoke to Mike on Saturday at Bunnings Warehouse in Belconnen and he seemed to be quite happy with the move, and especially the fact that he won’t have to be awake before sunrise on the weekend any more. Best of luck Mike, hopefully you can fill-in on the ACT version of State Focus one day.

What! Lost a Mike …. that only leaves 2 Mike’s at Talk Radio 2CC. Personally I didn’t like his style anyway.

I used to wonder about 2UE’s attachment to the name John, they used to have John Laws, John Stanley, Jon Harken (?) (the guy from the soap commercial ads on TV) and John Kerr. Maybe it was a requirement to get a job there …. who knows?