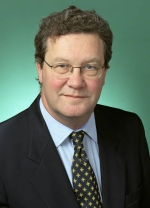 [2]Mr. Downer, who retained the seat of Mayo in last year’s election, will host FIVEaa’s afternoon show from February 25 to March 7.

Mayo appears to be on the outskirts of Adelaide and parts of it would undoubtedly be in range of FIVEaa, which makes me wonder about the merits of allowing a member of parliament to control what comes out of the transmitter for a few hours each day…I can’t find a specific clause in the Commercial Radio Codes of Practice [3] which expressly prevents a member of parliament from hosting a program, however it is blatantly obvious whenever a politician is interviewed, that they generally like their own opinions at the expense of all others, which makes me wonder how well Mr. Downer will be able to uphold clause 2.2 (c):

2.2 In the preparation and presentation of current affairs programs, a licensee must ensure that:
(c) reasonable efforts are made or reasonable opportunities are given to present significant viewpoints when dealing with controversial issues of public importance, either within the same program or similar programs, while the issue has immediate relevance to the community;

Technically the station will be complying with the rules if, for example, Mr. Downer presents a hopelessly biased program and the next program is dedicated to people disagreeing with him…although I’m sure with Media Watch back in session by then, FIVEaa and Mr. Downer won’t want the attention.

On the positive side, it is a very interesting way of being available to your constituents and it is bound to generate a lot of calls. Mr. Downer will almost certainly be able to add a very thorough understanding of foreign affairs to any discussion, and hopefully will follow up on whatever local issues get thrown his way.

I wonder how many people are going to ring up and say that they voted for him?

I have a few concerns about having a current member of parliament hosting a radio program, but from a ratings and publicity perspective it’s a stroke of genius…the main problem though is that if it works, you can expect politicians to start filling in all over the country, and with some of them, that could be incredibly boring.

I don’t really see a problem with it. Most commercial talkback radio hosts are so blatantly biased and polemic as it is. At least Downer can actually openly say ‘yes, I voted Liberal’ as opposed to other radio hosts who are clearly biased, but choose to cloak themselves in a thin veil of impartiality.

My only concern is that running such a program would take a fair bit of one’s time – it may look bad that he is not representing his constituents in the traditional sense.

Further, does he really have a voice for radio?

Gave you a plug in the latest GrodsCast about this story, Samuel.