There has been a fire at Olims Hotel in Braddon this evening. The fire broke out in the kitchen of the hotel at around 7pm.

The fire brigade have put out the fire and multiple emergency services are on the scene.

More information as it comes to hand.

Update 8:19pm: It would appear that the fire actually started in one of the external kitchen ventilation units and not in the kitchen itself: 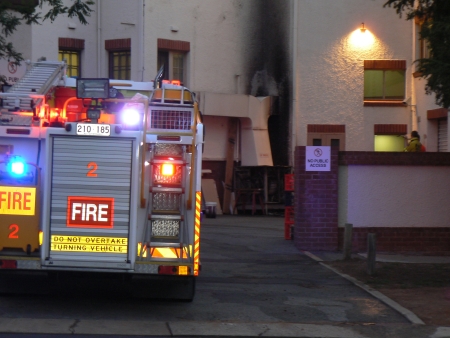 [1]
The scene of the fire from the Batman Street service entrance. 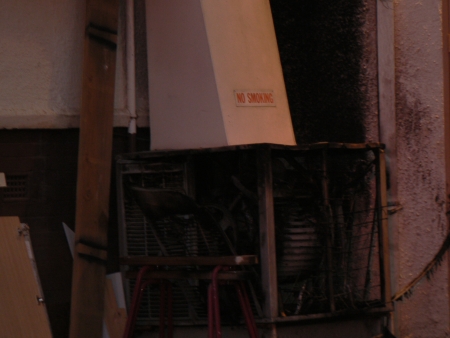 [2]
The burnt out kitchen ventilation unit.

The fire appears to have caused minimal damage, with staff reporting that there was more smoke than actual fire.

Approximately 50 people were evacuated during the incident, and the hotel appears to be back to normal operation following the fire.

Fire brigade officials remain on the scene with ActewAGL and hotel maintenance staff to investigate the fire. 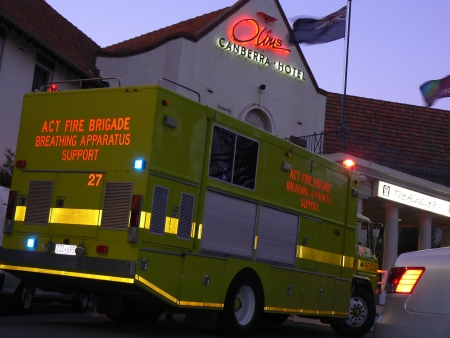 Didn’t your parents ever tell you… never play with matches