Yesterday morning, after taking photos of buildings in an effort to make a point about the poor quality of journalism [1] evident at City News/Ads, Nattie and I had a lengthy walk which included a visit to the lake. There were a few hot air balloons around and as we had the camera with us, I thought it would be a good idea to take some photos. All of the photos below can be enlarged by clicking on them.

Incidentally, if you’re just after the story in the headline, click here [2] to scroll directly to the story.

At one stage down near the lake we had a bunch of hot air balloons more or less above us, but too scattered to fit into one photo, so I took a few. 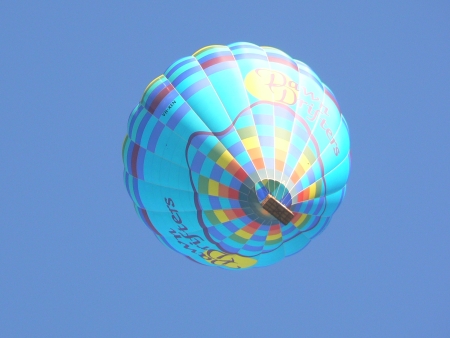 Then the Prime Television balloon. 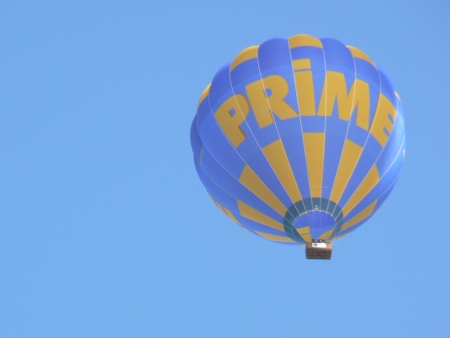 The next balloon was a trifle odd, it was a balloon for three credit unions, namely The Credit Union of Canberra, The Snowy Mountains Credit Union, and the Hospitals Credit Union. The reason it was odd is that these credit unions have merged to form Service One Members Banking [5]. 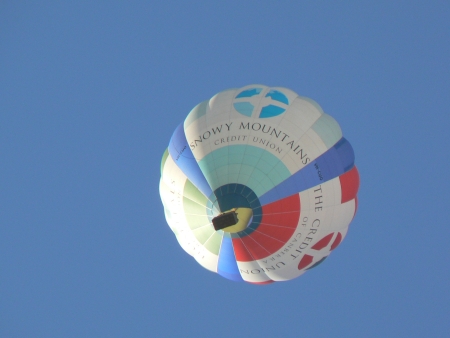 All of these photos make the balloons look pretty close, but that was just a zoom effect, as you can see in this photo of the Prime Television balloon (left) and the Dawn Drifters balloon (right). 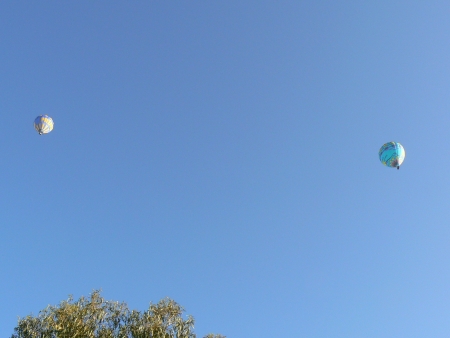 Next up is the Delfast balloon (top) and the Kamberra Wine Company balloon (bottom). 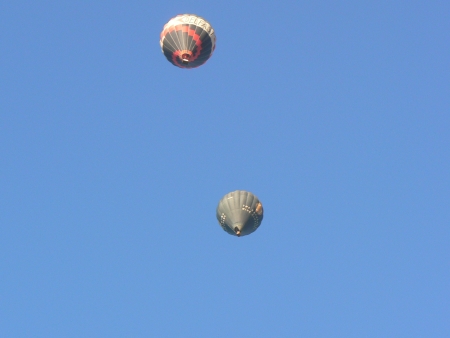 And the Questacon balloon. 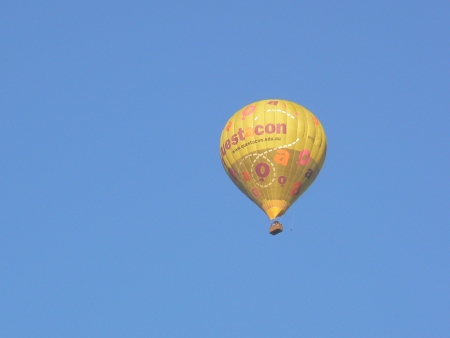 After this I noticed that the Dawn Drifters Balloon was heading towards Civic, and was having immense trouble staying above various buildings, as we headed in towards where it was, it was descending on the Airservices Australia building.

This photo was taken while the balloon’s basket was behind the building, but parts of the balloon were still above it. Needless to say, a collision under those circumstances could easily be tragic. 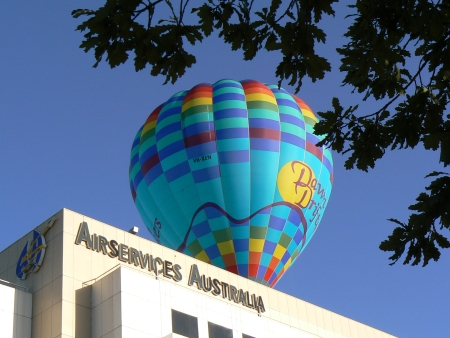 Naturally enough, just when I was about to rapidly head around to the other side of the building with the camera in video mode, the batteries exhausted themselves. While I was quickly changing the batteries, the pilot of the balloon skillfully got out of the precarious position and floated away.

The balloon was just about to hover across the road when I took this photo. 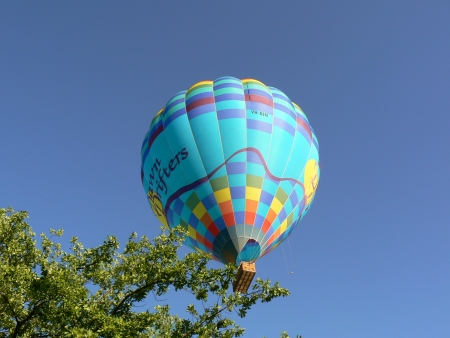 I then took the following video of it flying away. If you look very carefully, just after the camera shakes a bit, you can see one of the passengers lean out and wave to the camera.

The original, slightly higher quality video, can be downloaded by clicking here [12].

I have produced this map with the aide of Google Earth to place the video in context.

My location is marked with a blue dot, the location of the balloon in the photo where it is partially behind the Airservices Australia building is marked with a red dot, and the approximate path taken by the escaping balloon is shown by the red line. Street names have been added for your reference.