I don’t know if you spotted The Daily Telegraph on Thursday or not, but the front cover looked like this. 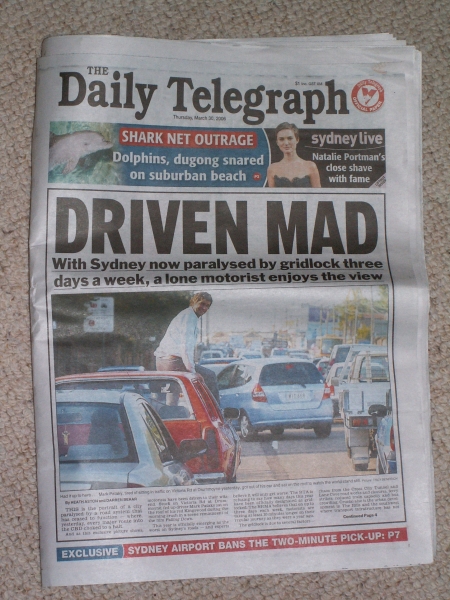 But hang on…zoom in a bit. 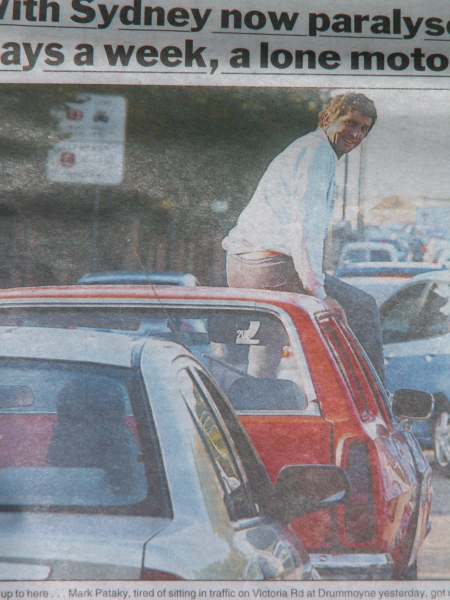 What’s that on the rear window of the red car? 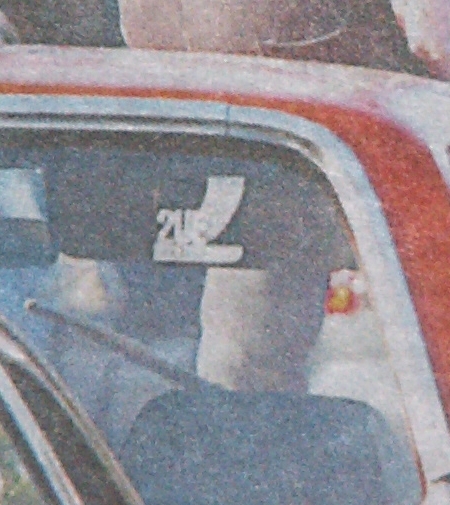 Why it’s a sticker with the old 2UE logo on it! Looks like 2UE scored some free advertising on the front cover of a rather popular newspaper. To be fair, I didn’t spot this myself as I don’t usually see The Daily Telegraph, but I did hear Stuart Bocking and Peter FitzSimons talking about it on Thursday morning at around 5am on 2UE and network stations.

I guess it just goes to show that those stickers the radio stations give away are worthwhile after all! Congratulations 2UE!

I just hope they gave the owner of the car, Mark Pataky, some sort of prize, or interviewed him, or both. It wouldn’t have been hard to get in contact with him considering that he is a 2UE listener and they could have simply got one of the announcers to ask him to ring in.

Comments Disabled To "Free advertising in The Daily Telegraph"

Really looking forward to getting my “2CC” car sticker !

Lawsie will do anything for a free plug!

That’s assuming they HAVE a 2CC car sticker (must give them a call and find out ) .

their advertising budget must be incredible! i wonder how many people will notice the sticker and think “hmmm….i wanna listen to 2UE!”

A bit bemused by this – I can’t imagine anyone’s actually tuning into 2UE after seeing this photo – I know I’m not!

John, when I did work experience at 2CC last year, they gave me a bag of goodies at the end of the week, there wasn’t a 2CC sticker, but there was a “Keeping the dream alive” sticker with the valvoline logo and John Laws on it.

1000umbrellas & mark, the post was meant as a joke, I wasn’t suggesting that it was effective or even intentional advertising. I’m sure 2UE don’t send people out into traffic just to get 2UE stickers in newspaper photographs.

Just because there is a radio station sticker on the car, doesn’t mean he is a listener.

True cunninglinguist, but you would have to admit that there is a very high probability that he is.

I look forward to it!

The thing that occurred to me when I saw this Tele cover was that this guy was an early 80s throwback: his dress, haircut and vehicle all seem to come from a bygone era.

I’ll break out the digi camera tomorrow and post the pic on “Australia – The Land Down Under” ( it just says “2CC” – Laws has been ‘cut out’ ) .

Any comments on the 2CC Car sticker ?

I fixed the link for you John, and the sticker looks good.