For example, here is a picture of Telstra Tower taken from a Hot Air Balloon: 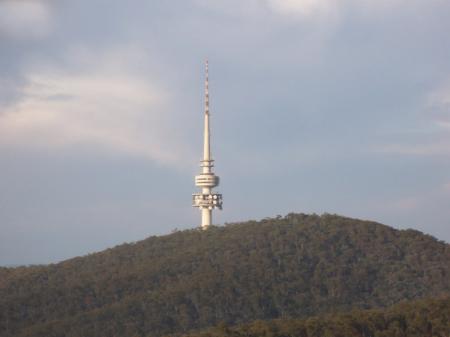 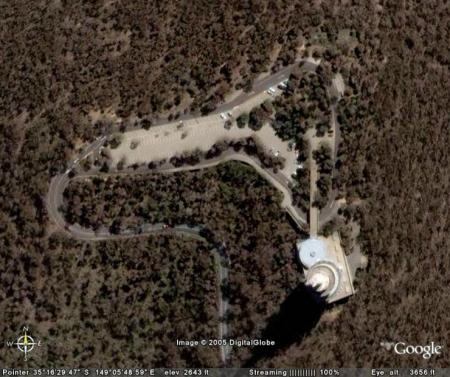 This is all quite fascinating, but it also has problems, I personally find it a bit disturbing that I am able to get a picture of a New York intersection like this: 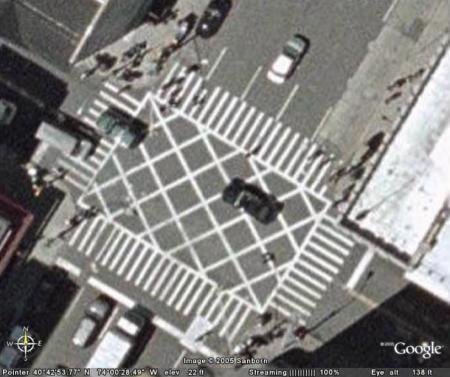 That is about as far as I can zoom in before the picture becomes pixelated, and it is much closer than I can zoom in on cities outside of the US, in fact, here in Canberra, this picture of Dickson College is about as close as I can get without pixelation: 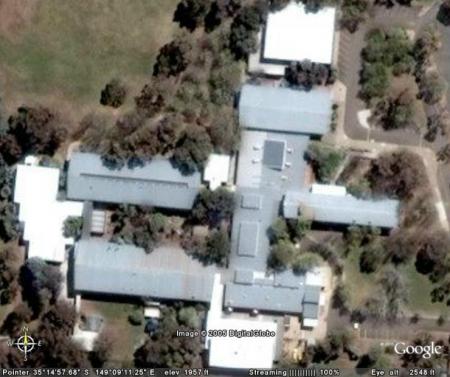 These pictures can be quite useful and interesting, but I think that, for the general public, satellite photos that can zoom in on an intersection with pretty good clarity are a bit over the top.

You’re not the only one Samuel . A number of people are concerned about that ! ( I’m still thinking about whether it’s a useful device for checking out the approaches to shopping centres, etc., or whether it constitutes a threat to one’s privacy ).

Considering that it’s not even remotely up to date in some cases it would be no good at checking traffic, of course you could see what roads are wide and nearby.

I can’t see a huge threat to privacy (You would need a stupendously big sign for it to be readable), but I can see risks involved in the semi detailed view you get of major infrastructure, actually I seem to recall that being in the news about a month ago…can’t remember what happened, not much I suspect.

can you take a pic of QBNFM?

I probably could, might get a satellite picture of 2cc too.

Incidentally tequilasunrise0002, I couldn’t find the bagpipe music show on the QBNFM schedule…when are you next on?

Eveny 4th wednesday. Can you put a photo of your house on too??

Hmmmm, has the schedule changed tequilasunrise0002?

This what what you wrote on Friday 16 September at 8:48pm
“too bad, Im on 4pm – 9pm every third wednesday. After the bagpipe music show.”

the Harry the PD changed at line up. Bloody Harry

Rightio, I just got off the phone with QBNFM. The program director is NOT named Harry. There is NO bagpipe music show, and the schedule does not change in the way you mention.

None the less, QBNFM report that they have had a few queries about you, and were mildly amused by it.

If you’re just going to continue making stupid comments, then go away.

But thats what you do

Perhaps, but the difference is that this is my website and therefore I decide which comments are stupid…and so far I’m awarding that title to you.

Yeah it’s your website but you’ve made it available to the genereal public. Therefore you’re leaving yourself open to the decisions of the public – and trust me, I speak for everyone when I say you’re in no position to call anyone elses comments stupid. Read your own blog – you’ll see what I mean.

I’m sure you find this all highly amusing tequilasunrise0002/Docka, but you posted both comments from the same IP address, 61.9.204.75

Congratulations Genius, you worked out that at least one other person from this uni thinks you’re an idiot too!
Well done!
That’s alot of effort to go to though…10 points!

Alrighty then, now that you have me interested, I have two questions for both of you.
1. What is it that you both dislike about me?
2. What do you think would make this site better?

Hello Samuel,
Dont worry about those two. i think your site is way fab and you seem like a very intellectual, well adjusted person. I stumbled across this site as i myself enjoy gazing at the world through the eyes of google earth. I was quite fascinated by your pictures and comments. I really had quite a chuckle at your amusing antics. Anyway, i think you are a lot like me. We really would make quite the pair you and i ha ha. Congrats on the site and keep up the good work.
As for you Docka, you need to take a good long look at yourself. You certainly don’t speak for me. I speak for me. And i think i speak for Samuel when i say that if you cant stand the heat, get out of Samuels kitchen.

Ahhhh yes, the vat of boiling oil is to your left Docka & tequilasunrise0002…of course it is cheaper for me if you just turn around and walk out the door…although I am getting the impression that you may have already done so.

Thankyou for the nice comments RichardGregoryWhite, I’m glad you enjoyed reading the various bits of the site, it is nice to know there are still some sane people in this world.

i have a rash

uh huh….that’s just fascinating….do I want to know how you got the rash or is that just going to reveal uneeded details?