This week’s ARIA charts [1] have been released and Schnappi remains at 12th position on the singles chart.

Note: While spell checking this post, I received an interesting suggestion for Schnappi 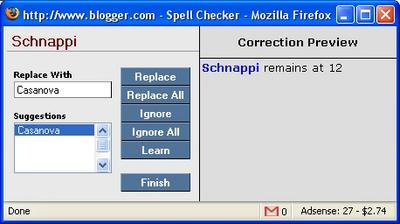 Yes, we now have Casanova Schnappi